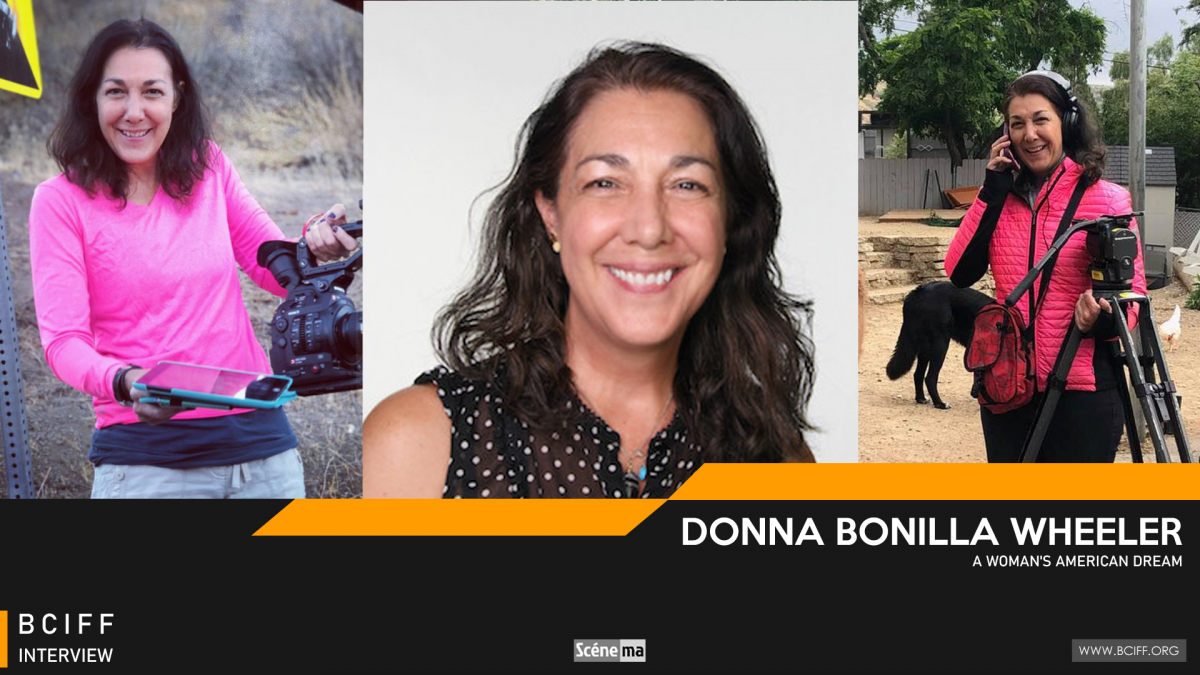 Hi all. Today we are here to take a look back to the beginning of it all, of ‘Death of a Saleswoman’, directed by Donna Bonilla Wheeler. For some background, Donna has been a woman to admire. She has been a resourceful writer/director for Walt Disney Productions and she also worked as a producing director on a streaming series. She has truly achieved the heights that deserve admiration.

BCIFF : My first question to you is not quite related to the film but it must have affected your derivatives for the story I presume. How was the beginning of this journey of yours into this platform?

Donna : If you mean overall my journey into film, I was studying in college as a pre-med student, to become a surgeon. Midway through college, I changed my direction into communications, theatre, film and TV production. I was also writing comedy for, and directing, student shows. After college I was selected for a TV/film intern program, and was hired onto a network TV show. From there, I decided to go back to school, getting my MFA graduate degree in film directing and writing. While I was in graduate school, I was again selected for a learning-on-the-job opportunity, writing and directing at Walt Disney Studios while mentoring under a Hollywood producer. From being in that office every day and through my storytelling work there, I learned and grew my craft further. After completing that, and after graduation, I got jobs in post production and editorial at various LA companies and studios. Those were additional educations, learning from different seasoned, established, and award-winning filmmakers and executives, in both television and film. I then took a large leap of faith and left my post production endeavors to find ways of supporting myself and carving out time I needed as a creator and a writer/director of my own content. I also volunteered with some friends to help launch a women’s comedy film festival in Los Angeles, which we continue running, and I added in theatre directing to my film and television work, along with volunteering at other festivals and working for film-related non profits. Which brings us to now. 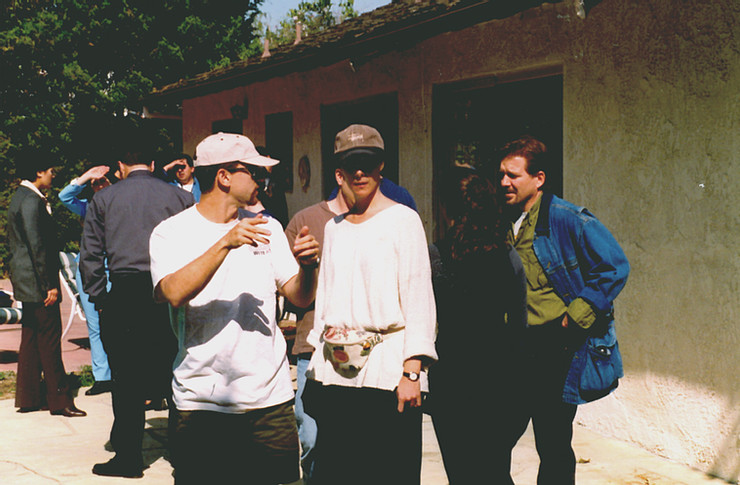 BCIFF: Was it difficult being a woman or has it been smooth because you are a woman?

Donna: (laughs) I didn’t actually stop to think about it; I was busy working at these cool, interesting jobs, and started making my own film projects and writing screenplays. I was taking night and weekend film classes at the time, at both UCLA and AFI film schools. The assignments were to go out with others in the class, and make several short films for critique, one right after the other, and also to write full length feature screenplays. It was a productive time – and maybe distracted me from lack of openings, and lack of access, for women to direct feature films and TV.

BCIFF: Talking about the film, doesn’t the title itself signify the disrespect and hate women face each day if they are of working class? And how inspired were you by Arthur Miller’s famous play?

Donna: Yes, I do see that happening as women in the workplace, when we aspire to achieve high levels of accomplishment in life, that equal – or even surpass – admired men, there can be obstacles and pushback against women that men don’t face. Women can get more micro aggressions leveled at them on the job, and those may increase the higher we rise up in the ranks. Men are simply expected to BE high achievers in what they do, even if it means fighting their way to that top post, it’s all good. Expectations for women are different. This swapping of gender expectations is what I wanted to explore. Putting women into these overachiever lifestyles, and direct rivals to each other, and have the men supporting from the background.
And I was inspired by Arther Miller’s play, and definitely sought to dive into similar ideas he explores, about the American Dream, and how one’s identity can become lost inside a fast track career. In Agatha’s case, she’s pushed into uncomfortable decisions, and boxed into corners that force her to escape what’s fast becoming, for her, a toxic level of rivalry, conflict and blind ambition among family and friends. It’s not sustainable, and she feels that and wants out, and wants to preserve herself and family as important.

BCIFF: Why did you treat the film in a dark comedy manner? Any particular reason for that?

Donna: Yes, as we set up in the beginning scenes, we’re going to lead back to a not happy ending in this, and some twists and turns won’t go as planned. It’s a shame that for this woman, who is so good at what she does – managing family, career, finances, household, everything – that having it all brings in this undercurrent of competitive circumstances and jealousies that tumble down on top of what she’s built. As much as she favors prioritizing caring, closeness, and honor into her life and relations with close friends and family, they are not all up to the task, nor going down the same road, so even her best laid plans go awry.

BCIFF: Which characters were your prime focus to establish?

Donna: First it was to establish Agatha, who she is. And to weave her story like a thread through the murder investigation. Our initial cut had some additional characters, and in editing and versioning, we came to see that, from a story perspective, we had to cut the number down. There was a longer presentation at first, that we tested with audiences. And when I was able, I went back in and did a director’s cut that is more focused on the characters who are most tied to Aggie’s career and family life, and those most likely to be prime suspects. In this, we kept to the closest in her orbit – husband, ex, boss, close friends, relatives. We also wanted to establish the police and investigators in the story, who would unravel it all.

BCIFF: Do you think they have all been justified with their portrayal?

Donna: Well, our audiences can decide this. Our intent though is to show the folks in Aggie’s circle who most influence her, her choices, her feelings, and the chain of events leading to the story’s conclusion. They are also there to act as counterpoints to what she voices is the most important to her and what she seeks to maintain in her life, personally and professionally.

BCIFF: Was it difficult to gather so many artists in one place with such a budget? 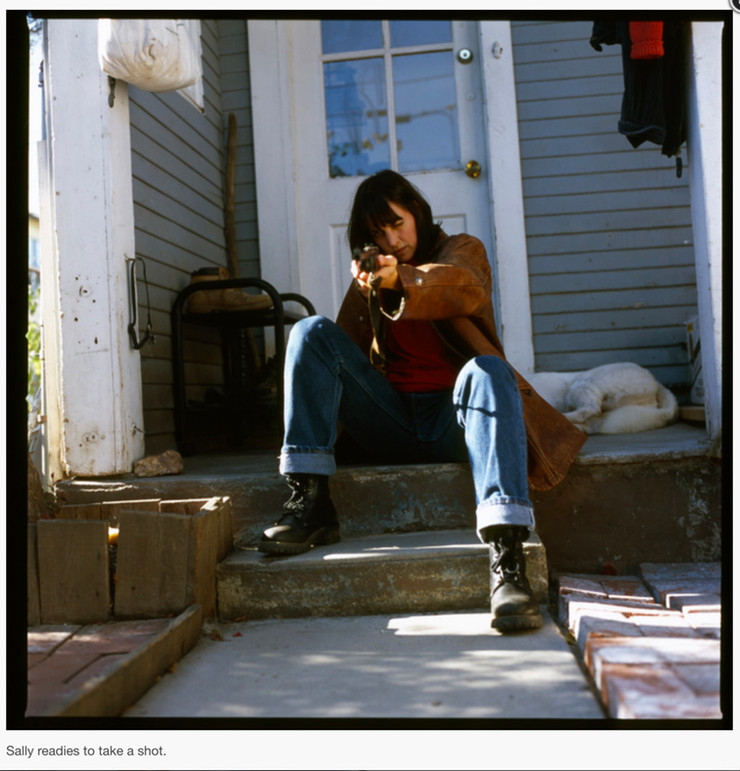 Donna: That actually worked fluidly. A majority of our cast are from comedy worlds – from stand up comedy, theatre, and comedy TV shows. We were lucky, because hiring the first few actors led to referrals to the others, so casting worked itself out well. The remainder of our cast we found through friends of our producing team. And our initial hires of production crew are friends of mine from graduate film school, which expanded to friends of their friends. Our post crew came through friends I knew from my post jobs, and also through referrals. Because our budget was tight, we doubled up on hats that people wore, where we could. For example, our location sound recordist is also one of the cast members, and he’s also our weapons wrangler. And we had 2 different prop masters, depending on the shoot day. And our awesome gaffer was also doing our prop wrangling of just the plastic storage ware in all the scenes, and he did all the key lighting on the storage ware as well.

BCIFF: How did you manage to imply comedy in scenes where it could’ve been more dark?

Donna: That credit I’m going to give to our multi-talented, comedically-trained cast – in diving fully into these roles – and to the good nature and good humor of our crews on location and in post. You could feel the camaraderie that everyone present wanted the comedy to land and each actor to be fire. The cast had this constant focus, and the crew and I lent our collective energies to shepherd that. The actors knew their roles and we etched out their characters together before the shoot. We were fortunate to have the time to do a couple of weeks of rehearsals.

BCIFF: Do you think with greater production this film could’ve had more improvements? 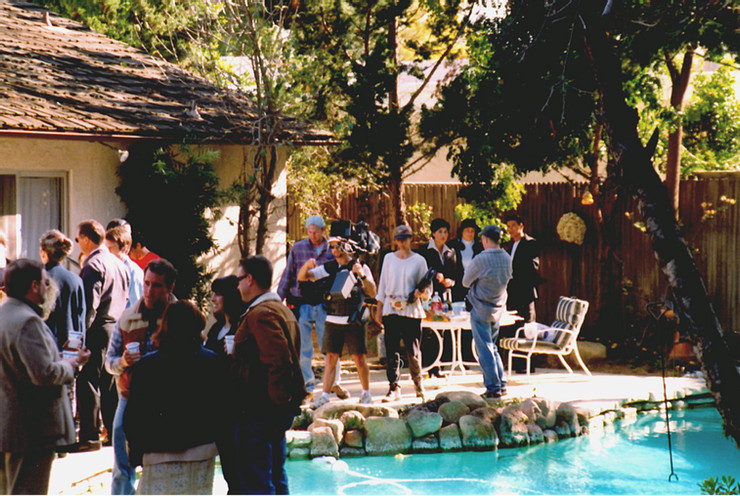 Donna: You mean would a studio budget have made our lives much, much easier (laughs)?! Well, yes. More time, money, gear, resources could make things easier and give a different end result. But when you step back, maybe it would not have that same sort of ‘Napoleon-Dynamite-type-of-charm.’ I watched our team put their hearts and souls into creating what we did. Our cast came up with characters unique and indelible. Some of the magic on set came from us being rushed so we could get our page counts for the day. Our crew and cast contributed so much when we were short on time, or burdened by gear limits, or working through cold weather.

BCIFF: What message do you intend to give to the audience?

Donna:Well, perhaps an interesting murder mystery about a woman who strives to have it all, is one intention. I find audiences can take wildly different things from the same film, so in general I am not necessarily looking for folks to come away with one message or thought. Maybe to give thought to what they are striving for and why, and how it is affecting them and their loved ones.

BCIFF: So, from a viewer to the director…what is your own favourite reason among the reasons described by Agatha J. Ruby at the end of the film for her death?

Donna: Ah this is a great question! We wanted this to be about interconnectedness of several events together. To show that many things line up and no one thing by itself equals our results in life. And it works too, if audiences choose one thing as being more important than the other.

BCIFF: Do you think that Abel could’ve been portrayed in a much darker way?

Donna: I gave freedom to all our actors to create those amounts of dark and light in their characterizations. And even went so far as to allow actors to choose dark versus light or a mix of those. Mark, who plays Abel, came up with this brilliant rendition of the hapless fellow from out of town, who is in over his head. Which for me works to balance out the other cast, who have quite different agendas and relationships with Aggie.

BCIFF: As a working woman yourself, what message would you like to give to the women out there who fear being victimized by society? 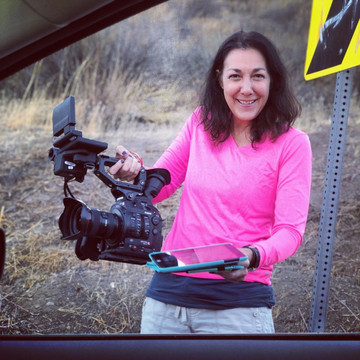 Donna: This is a gem of a question too. Elevate each other, support one another, notice there’s room at the tables for us all, and all are equally needed there. Be vocal. Call upon each other. Ask for help. Give help. Stay centered. Stay in touch. The tribe of global womanhood is a field of riches. Mine it well. Keep the door always open and unlocked for those coming after you. Recognize and honor the shoulders of those you stand upon. Stay informed, fluid, flexible, open, authentic. This is strength. Know your story and create your ever-evolving story at the same time. It’s an evolution. Have fun with it. And to all genders, I’d say find and know your purpose and stay aligned to it. Keep moving. And stand up, speak up, speak out. We need women’s voices and stories now more than ever.