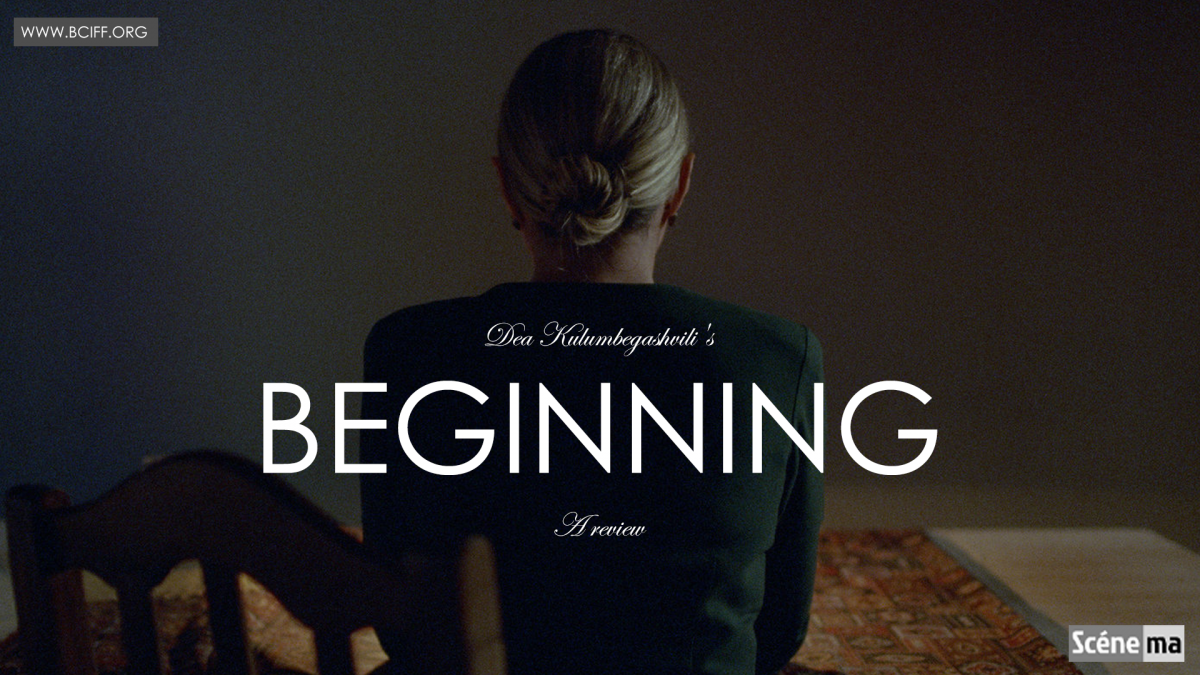 Georgian filmmaker Dea Kulumbegashvili has made her debut with Beginning in 2020 that has bagged several awards in film festivals. Being a movie lover, she has gone to New York to study media studies, cinema and direction. She has done her degree of masters in fine arts from Columbia University School of The Arts. After making two short films and being co- writer with Rati Oneli for a documentary, she has made worldwide recognition with Beginning in 2020.

Beginning has got worldwide appreciation for its camera shot and dark tone and above all the story itself. The main idea of the plot revolves around the religious ground of Jehovah and how it is practiced among the followers.

The story exposes a family who holds a very conservative view on christianism and are in regular practise. Yana, plays the protagonist who is a former actress and is now the wife of David, who is head in charge of a prayer house. The family comes under pressure when the prayer house is attacked during a session and thus is now investigated by the police department. Yana is now highly concentrated on the holy words of Jehovah and is preparing a group of kids for Baptism, of which her own son is there.

After the prayer house was attacked by extremist groups from Tbilisi, Yana’s psychological problems start to develop and the previously claimed issues of the couple starts boiling up. The scale of manipulations shown in the film proves the chaotic problem of their married life becomes more stronger now as Yana starts realising how David’s silent manipulations has made her reject herself and how she is only being exploited to achieve David’s own career aspirations.

The long shot used in the film has been criticized by some reviewers, but there is something always present in the silence. According to the director, the dark color tone and long silent shots tries to unveil the mood of the story that cannot be shown in material elements through the lens.

The wide shot of landscape rocky hills and flowers helps the audience to read the otherwise mood of the story. Yana, being emotionally and psychologically drained, surrenders herself to the grass and that is the only moment when the audience can spot a smile on her face. Looking like a lightening glimpse, one widening smile seems to release all the loads of her life, relieving the muscles of the tortured face.

Now David is busy building another prayer house while Yana is being little exploited by an investigative officer as she has already complained about the police department being bribed and relieving the extremist curltpits. In Yana and the kids conversation, the director has mentioned the talks of sin, lie, holiness, heaven, hell and etc. The woman keeps battling the turmoil of her surroundings throughout and in the end, the story concludes with an unpredicted ending hurting the minds of the audience. Overall, Kulumbegasgvili’s Beginning is a compact social and family drama with aesthetic camera shots that should not be missed at any cost!