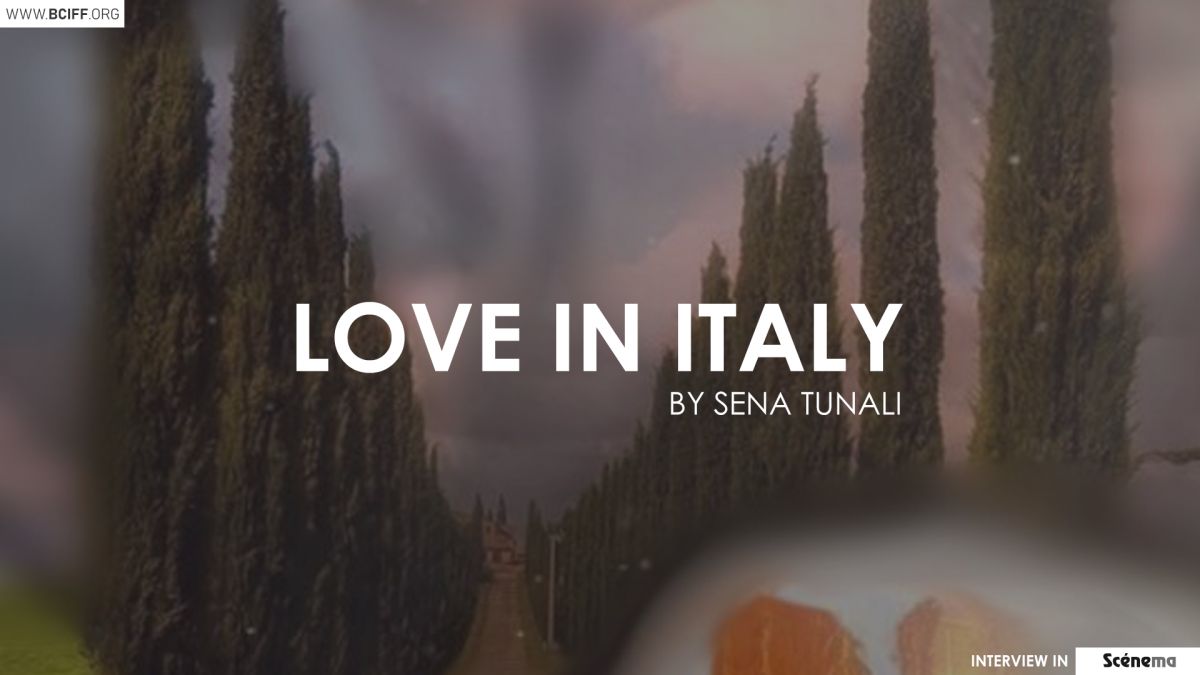 Sena Tunali is an award-winning film producer-director and actress. She is also a prolific writer. She has been associated with films like “She is Mine” and “Anna.” “She is Mine” got her multiple awards from international film festivals around the world. “Love in Italy” is her ongoing project. She took acting classes from Hollywood professionals at the New York Film Academy in 2015. Sena has been a part of many theatrical works, including Romeo Juliet, Den of Thieves, and Proof.

Hello Sena! The script for Love in Italy looks promising and emotionally charged! I’d love to know how you came up with the story?

Love in Italy is a fictional story inspired by a family that I got the chance to meet while I was in Tuscany, Italy. It was such an inspirational place. I met with old twin-flame lovers who married and lived happily ever after for 60 years. Their fight for true love, and reunification after a long separation, inspired me to write “Love in Italy” The family convinced me that true love still exists. In our generation in the year 2022, it’s so hard to see or encounter true love anymore.

“Love in Italy” characters Denise and Marco are two different and very opposite characters. Marco is the Mafia’s son in Italy, whereas Denise is a college girl from the USA who came to Italy only for a vacation. The two fell in love on the first side and started seeing each other against all the odds.

With whom do you relate the most? Denise, Sierra or Paulina?

When I wrote the script, I did not relate myself to any of the characters in Love in Italy. However, one of the producer/actor friends of mine named Michael Veritas (he is a very good actor and has his own production company here in LA) read the script and wanted to give a reading (He prepared an awesome self-tape, by the way). I loved his performance and said you should definitely play this part. He gladly accepted it. After we talked again, I said to him, when we start doing the castings, we should find you a good Denise character, and she should match you, energy-wise. He said, “why did you say that? I was thinking I was going to play with you. And you be Denise. I was like, really? Are you sure? He said hell yeah. We worked together before. And I would love to be in front of the camera with you again. You and I have great chemistry in front of the camera”. Till that moment, I was thinking: Ok, this time I will only focus on Producing and Directing which is behind the camera. But after speaking with Michael, he convinced me to be in front of the camera again in this project. So yes, I am relating myself to Denise’s character.

Why did you pick Italy as your location?

I better discuss it here as well, but I have another project named Zumrut, where it’s been written (and will be produced soon) with the intention to find my mother’s side biological grandparents, who are from Greece. Through the research we made since 2017, we have found out that we also have so many relatives who live in Italy and from Italy as well. That is the main reason I picked Italy as my filming location. With those genealogic discoveries, I will be going to Italy differently with a sense of belonging. Home-like feelings next to my relatives. Already excited!!!

Sena, you have done your bachelors in International Relations. Filmmaking is a completely different path. How overwhelming was it to manage the shift from one stream to another.

I graduated from 3 universities: the first one is Wheaton College, where I got my bachelor’s degree in the field of International Relations, the second one is a conservatory that guided me to become a professional concert pianist on my life journey, and the last one is New York Film Academy that was the place where I started my film career in Los Angeles. After I graduated from Wheaton College and started working at a big company in Massachusetts, I never gave up on my Piano concerts. While I was giving concerts throughout the world, one of the head office members of the New York Film Academy saw me playing in Greece. He sent an email. In the email, he is inviting me to be a student at the New York Film Academy. He mentions he would be so happy to see me learn about acting in front of the camera and behind the camera at the Academy. When I got this email, I got so excited and answered yes to the email. I was living in Massachusetts at that time, but moving to LA seemed incredible for me. Because I was so unhappy working in a cube of a company all day long with people who are way older than my age. Some people would love to work in a cube all day, but it is not for me. I am happier while I am making art. Since my childhood, I spent most of my time telling stories with piano in concerts around the world, and being in the cube all day was a disaster for my being. So I am used to being social, telling stories, and communicating with loads of people through art. However, I always felt half only with music to tell a story. I needed other forms of art makings to feel full at my heart. The art of Filmmaking fascinated me the most because it contains all forms of art in it at some point. Music and moving pictures of amazing things on a silver screen are more than fascinating: The sound, the music, the images, the people, and the places that the pictures are unfolding all together are more than marvelous. 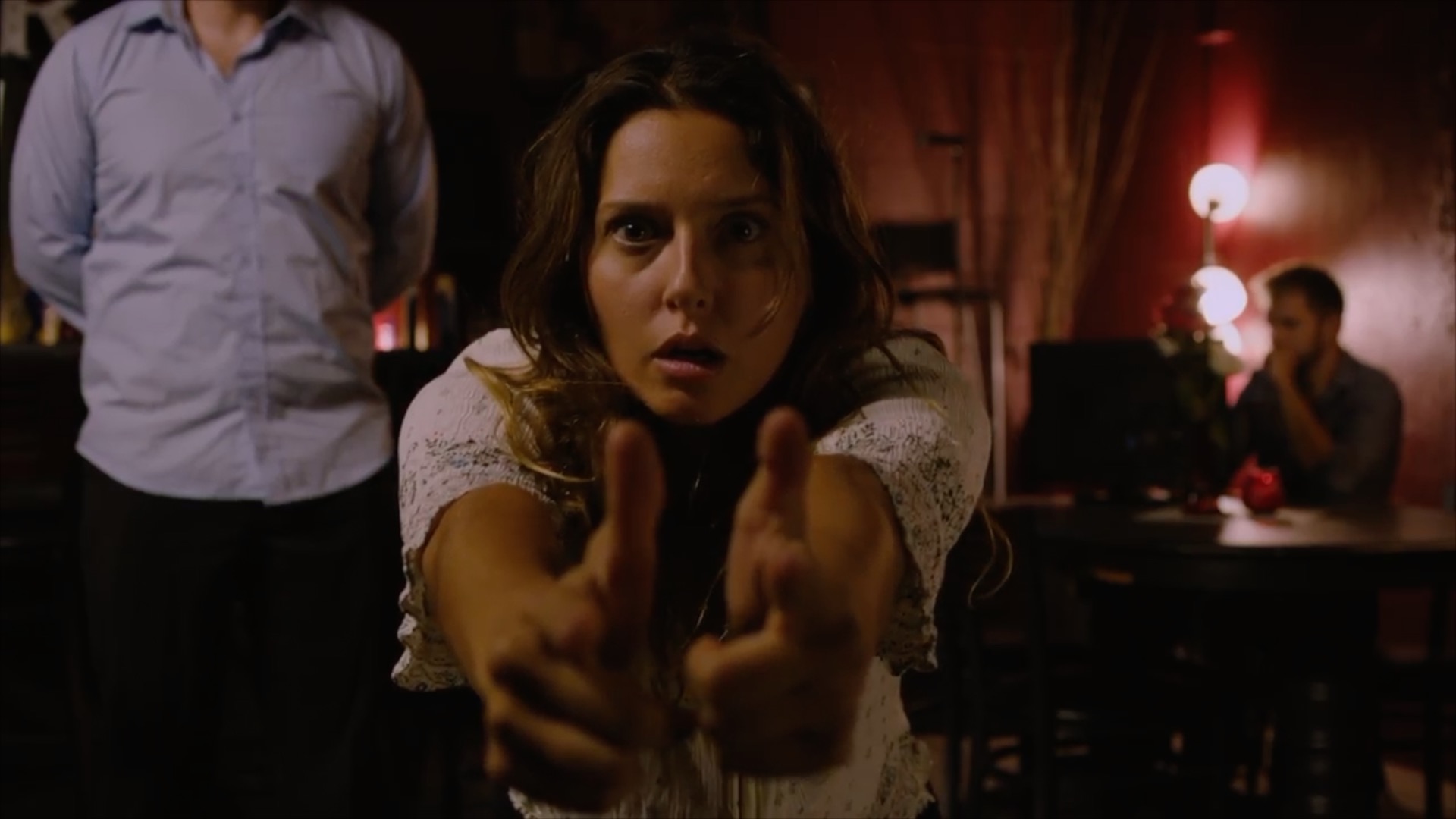 What is your driving force as an artist? What kind of stories do you wish to tell?

I love true stories and period piece drama projects a lot. The energy of the true stories is so real and powerful that it’s impossible not to get influenced by them.

Love in Italy begins with a happy note, then the tension builds up. How did you feel when you were writing the script?

Nothing was challenging, and I enjoyed every part of the screenplay of Love in Italy while I was writing. Plus, I was inspired by the twin-flame lovers and their fight for true love. It was so impactful that I could easily write my script. Like in real-life, true love consists of many conflicts and tensions. So I tried to represent it as best as I could.

Sena, every director has an actor in their mind, with whom they wish to make their magnum opus. Do you have a dream actor to collaborate with? If yes, whom would you love to direct?

I have a couple of them in my mind. I would definitely love to work with: Leonardo DiCaprio, Bette Midler, and Viggo Mortensen.

Marco and Denise’s love for each other is the driving force of the script. What is your idea of Love? Is it all about love at first sight or do you believe in progressing gradually?

Interestingly, when I hear stories about true love, it is always love at first sight. Most of the lovers talked about a sense of feeling that they have known each other for years even though they have just met. The type of love I am talking about here is not an ordinary affection towards someone that many of us experience in our daily lives. It is easy to say: hey, I like you. But saying I love you is a big deal. The type of love I am talking about and try to represent as best as I can in Love in Italy is the one that happens once in a lifetime. The one that you will never forget and do everything to be together. It is like a magnet that pulls you towards your lover. It is the type of love that many people want and pray to God every day. Twin flame or soulmate lovers is the kind of love I tried to explain in the story. There are also examples of true lovers that feel affectionate at the first side but never understand it’s true love at that moment. However, gradually, they understand after years and years, and say: oh! Why didn’t I understand that lady or that man was, the one.

Your script shows how much you believe in love. Tell us the name of a few movies that have left a deep impression on you.

I would say: Titanic, The Notebook, and Love Story are the projects that impressed me a lot.

Sena, since you’re an actor, you have experienced how it feels to be in front of the camera. Directing a movie has a spark of its own. How would you differentiate between your experience of acting and directing?

I am so happy that I am doing acting and directing, and sometimes both, at the same time. I cannot differentiate directing and acting from each other experience-wise because both are so intertwined. Knowledge about the front of the camera as a director is very influential for behind the camera. You can quickly understand what the actors need and what would work the best for the scene. Behind the camera knowledge for an actor is so valuable because you know how to act and help your director as best as you can to make the art look great. When they say it’s a close-up shot, you know you shouldn’t move a lot to avoid being out of frame would be a basic example. And also, knowing all the aspects of a film set provides knowledge on so many other things, including the set terms enormously. For example, when the director calls: can you banana left, you know, exactly, what you need to do and do not look at the production team alienated 😀 😀 So knowing both sides is incredible, helpful, and fun. 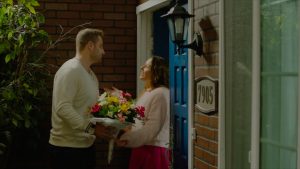 When will we see Love in Italy on screen? Have you selected your actors? Where are you going to shoot the film?

We intend to start shooting Love in Italy this coming up summer 2022. We are currently making the necessary deals and working closely with the Line producer and production lawyers. We are also signing up with the investors and sponsors. Already started talking with possible distributors. We plan to shoot most of the scenes in the USA, and some critical scenes like the ones in Galleria will definitely be in Italy. Next month, we intend to move towards the soft-prod stage of Love in Italy production. This is the stage where we will be able to start making deals with locations, crew members, and actors. Then pre-prod, prod, and post-prod stages will come up. Then delivery and sales. In terms of when Love in Italy will be out in the market, I would say it would be around October 2022.

It was nice talking to you Sena. My last question is, if you could assist a legendary director,  whom would you assist?

I am not sure about assisting, I wouldn’t want to assist.

But I would love to work with James Cameron