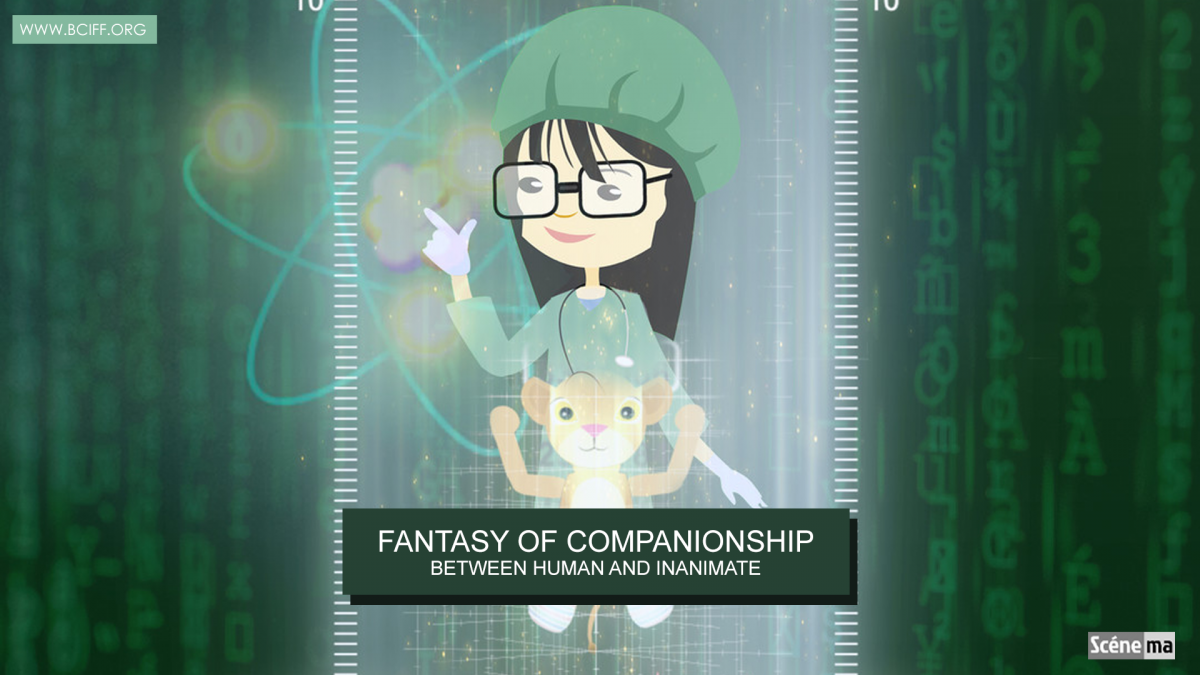 Movie: Fantasy of Companionship between Human and Inanimate (English) version

Manu Martin graduated at the age of 16 from the Conservatory of Bordeaux with a jury ‘Special Mention’. He then joined the Faculty of Musicology of Toulouse and Bordeaux, where he completed a Masters in Musicology.  He moved to Paris to pursue a career as a pianist and composer, composing music for television and radio. Martin has worked alongside acclaimed French artists and more recently composed six of the tracks from Florent Pagny’s chart-topping, platinum album ‘Aime La Vie’.  In 2017, Manu Martin joined Dr Susan Lim’s ALAN project both as a musician and music arranger, together with Matthieu Eymard, Music Director, for the ALAN the Musical project. In November 2018, he was commissioned by Susan to compose the Lim Fantasy of Companionship for Piano and Orchestra. 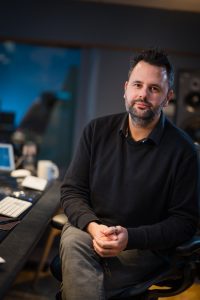 Says Manu Martin “Alan was from the start,  a cinematic adventure, a cross between the classical world, through my writing, but also film music, to illustrate the story of Alan. Susan Lim created this story and described it to me precisely, which allowed me, with her, to build a musical setting, a musical tale, while respecting the piano solo, which was to be the framework of this work for Piano and orchestra. The addition of tribal percussions, such as Taikos, is not so common in classical writing, and this mix with new technologies prompted me to orchestrate with pop/rock instruments, such as drums, bass, electric guitar – the crossroads of two worlds, classic and modern. The opportunity to work alongside and to share Susan’s vision of companionship for the future and to compose the Fantasy of Companionship for Piano and Orchestra  has been the most extraordinary and uplifting experience of a lifetime for me.” 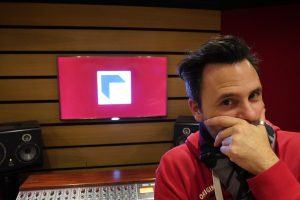 1. Sir, what would be your definition of music? How would you trace the evolution of music across mediums? The radio, the television, the screen.

Music is a means of communication that conveys our emotions without naming them verbally. It is a language, which allows one to speak to the emotions of the other, without necessarily knowing the person. Even if this musical culture is acquired over time, since our early childhood, music allows us to support a point, and to touch emotions that sometimes words cannot define, because words are sometimes too restrictive. There is something summary, basic, about music, in the noble sense, which touches our being and speaks to it bluntly.
Music historically has always been a means of communication, and has de facto always adapted to other modes of communication. Whether it was during the Caveman era or today.
Radio has been an exceptional vehicle for bringing music back into people’s homes, and has made it possible to democratize this art, just like television for cinema. There isn’t a day that goes by that I don’t see a person with headphones in the street, or on their phone screen watching a series, proof that music, like other arts, is necessary for people. We have seen it clearly with this period of pandemic, to what extent listening to music, watching films, was necessary for all of us.

2. What genres do you prefer? What would be your recommendations? Is there a specific song that you would hear on loop? Something like a guilty pleasure.

From a young age, I have always been offered the opportunity to listen to all styles of music of all periods, and I find that there is no better definition than to say that music is universal. I might as well love listening to Study 1, Op. 2 by Alexander Scriabin for piano than Gojira’s latest album, or Skrillex, a good song by Bryan Adams or Stravinsky’s firebird. What touches me above all is the energy and sincerity of an artist’s approach. In music, there is no truth, and no one is obliged to love a work or an artist. I could listen to Bryan Adams “So Far So Good” album, Muse’s “Absolution” album, or John Williams’ OST “Hook” without hesitation!

3. Describe the potent role music plays in the astute presentation of a movie. How would you define the impact caused by the background score of a movie?

Music is a vector of reminiscence, and it appeals to our deepest and most primal feelings. I always recommend going back to a scene with the sound off, to understand how important the music is in the storytelling, and in including the audience in what is happening on screen. It can be both an emotion enhancer, like supporting a romantic scene with strings and piano, but also the feeling that isn’t on screen, like a threat, in Jaws for example. It’s called the Syncresys !

4. About the movie, what was your first impression when you heard the story?

I said to myself: We’re going to have a blast! This movie in the description looked so cinematic. There is always a lot going on screen, with a whole lot of emotions that the characters feel and experience, it is a joy for the composer!

5. The story is pretty much told through the song. What were the things that you had keep in mind while composing/ making the song for the movie?

As a composer, I try to be as empathetic as possible, and I reread the scenari a lot, and the synopsis, to understand where the character comes from, in its complexity and its character, and when composing a song. or music, to try to translate what he can or must feel. I always try to imagine the scene when I don’t have the footage in front of me, which I did in this film. We discussed a lot with Susan Lim, creator of the project, the specificities of each of the characters, and what the stage and the music should bring to the subject.

6. Did you make a conscious effort in trying to conceal the gloomy tone of the story through the song?

Not at all ! I haven’t even thought about it!

7. There is a certain amount of positive energy in the way the song was sung or in that case written. Did you initially see the song as a revitalising force within the movie for the audience? Was this thought retained eventually?

The solutions the song talks about are advances in scientific research, which also bring hope, and that had to be translated musically. One of man’s secret desires is to be eternal, and if that translates into advances in medicine and technology, it is okay. We are living better, healthier than 100 years ago, thanks to science, and we are learning about ourselves every day as physiological beings. Science will one day allow what the film is about. 100 years ago, no one could have imagined what we have today, and I think 100 years from now, a lot will have changed!

8. The movie ends with a line which is full of despair, almost to the extent of accepting the inevitable doom. The volume appears sustained. Was this the all important line keeping in mind the narrative for you?

9. Finally, what would be your two cents in the debate that states that Artificial Intelligence would see the end of mortals in its entirety?

Personally, I’m pretty sure I will not be there to see this. And even if machines will one day have the artificial intelligence necessary to evolve on their own, they will nonetheless remain “mortals”, which will give them a slightly more “human” aspect: I like to imagine that the day the sun sends out a violent solar irruption, or stops shining, there will be nothing left to power the batteries of these machines, however sophisticated they may be. I am not against the fact that one day machines will be part of our daily lives, even if it means replacing us. It is not the human’s vocation, like any other species, to colonize the earth ad vitam aeternam. We will disappear someday, and that’s okay. And the machines too! Sometimes I think to myself that it would be better for our beautiful planet, which we keep destroying by overconsuming it. If machines do better than us, then long live machines and artificial intelligence !!!