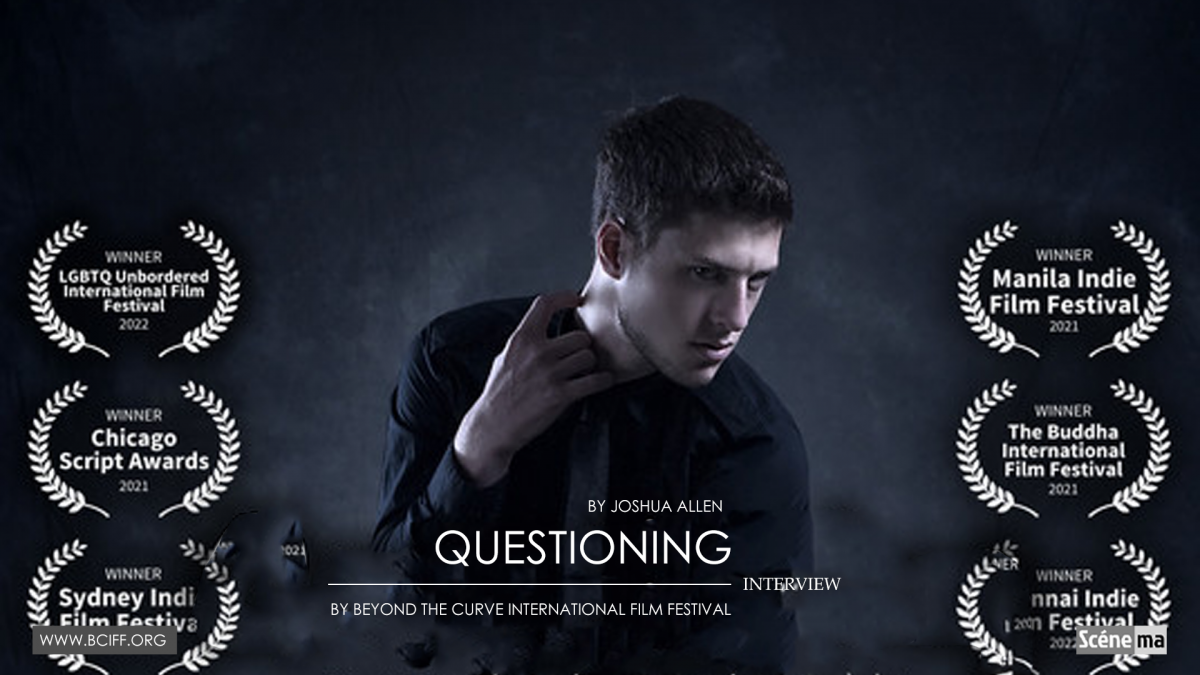 Joshua Marc Allen is an American writer and director. Many of his scripts have won awards around the world in the festival circuit. After serving as a Korean linguist in the US Army, Joshua was honorably discharged in 2008. He moved to San Francisco to study at the Academy of Art University, focused on acting. From then, he gradually moved towards scriptwriting. 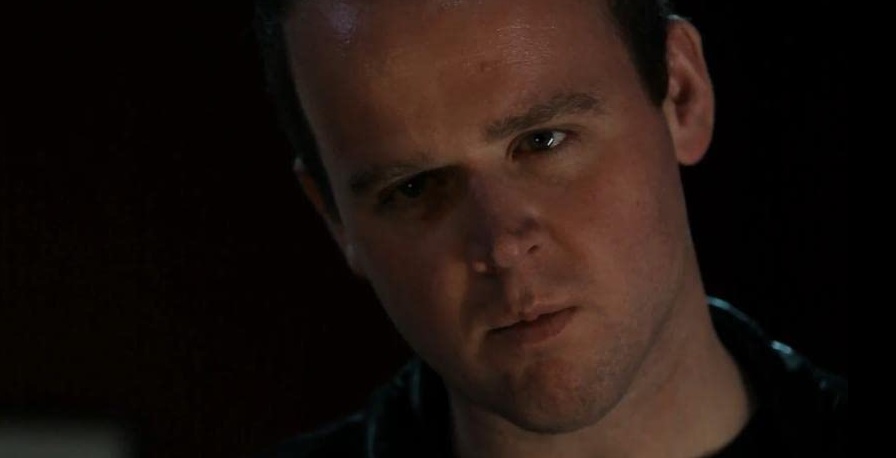 Hello Joshua, welcome to Scénema! We are delighted to have you today. “Questioning” is a brilliantly written script. I’d love to know what made you come up with the story?

To me it feels like the world is becoming increasingly polarised and in that we have become obsessed with labels. Republican, Democrat, conservative, liberal, gay, straight; no matter the label they come with a stack of preconceived notions and seemingly black and white perspectives. Even worse; we put an incredible societal pressure on the youth to identify through these limiting labels. I think most things in life – political, personal, even sexual – are more of a spectrum. It’s when we drop the labels and try to understand each other as unique human beings that the true diversity and beauty of humanity can be revealed.  It was in that thought that I created the fundamental story structure. Chris feels incredible pressure to label himself; and in doing so is denying his true feelings. And Danny, who was a true delight to write, who defies all labels.

What drives you to create films?

I live a life driven by dissatisfaction. Sounds odd, but true. How many times in life have you wished there was a ‘take 2’? Film is a wonderful illusion where you can capture moments of life – whether from hundreds of years ago, something that could happen right down the street from you, or even from a galaxy far, far away – and you can capture even the imperfect moments in life, perfectly.

Joshua, scriptwriting is a lengthy process. I am sure there have been tough times. How do you overcome them?

Two thoughts occur. During the process of writing itself, mid script, when you find yourself written into a corner. The hero stands surrounded, no possible way out, and you realize; there really is no way out. What do you do? Well, you get a second set of eyes on the script. I’m fortunate enough to have other creative people in my life, and we happily chime in on each other’s projects as needed to make sure no one ever gets stuck in the corners. There’s always a way out, just sometimes it’s hard to see.

But aside from that; after a script is done, it can sometimes take a while to get it into the right hands. To that end; I recruit friends to come together and do a live reading of the script. It’s very different hearing it read, and it can be quite satisfying to see performers breathe a little life into the script; but it can also be a wonderful tool to identify a rewrite you didn’t realize you needed. 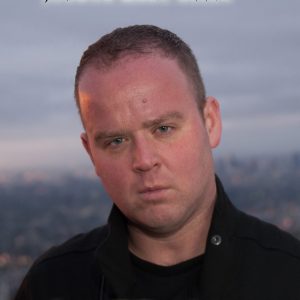 What is your opinion on the portrayal of LGBTQ community in popular media?

As with most minority representations, I have to start by saying ‘improving’.  Classically, members of the LGBTQ community were portrayed as ‘unnatural’ and ‘depraved’, thankfully that is mostly a thing of the past. In the 90’s gay film even became a more normal thing – but it was still a marginalized, lower budget, niche market. In my opinion, while there were some exceptions (Bound, Philadelphia, and The Crying Game all come to mind), it was only in the last twenty years that we have started to see great cinema that happened to feature gay characters.  (As I finish that thought; I realize this is probably quite different around the world. I grew up in the United States, so filter that accordingly)

While reading The script, I found that Chris oscillates from one dilemma to the other. How challenging was it to create such a character?

This was one of the real struggles in writing the script. I wanted to show the different pressures Chris is under, from family, to friends, to the people that Danny inevitably surrounds him with. I needed Chris to be buffeted on all sides, and for the audience to see his inner struggle. If I failed; Chris would seem ineffectual, just riding through the story while things happened to him. He needed to be constantly trying to make choices – and for life to push back against him. At his core; Chris is an incredibly caring character – and it is this caring (for his friends and family) and his inability to put himself first that births the true drama of the script. There were a lot of rewrites to find the right balance.

I loved both Danny and Will. They added a refreshing angle to the story with their point of view. If I ask you to pick a favourite, whom would you pick?

Oh man. That’s rough because they were both so much fun to write. As much as I love Will and that key scene with Chris; I have to say Danny. I don’t feel that I’ve ever seen a character like Danny on screen. Danny is so self assured and clear in their perspective that it was almost cathartic to write. It was actually a vision of Danny that inspired the rest of the script. The first moment we see them was directly inspired by an Instagram post from a Cirque du Soleil performer. Just goes to show you; you can find inspiration anywhere!

Have you finalized the cast yet? If yes, when will we get to see them on screen?

Not yet. The script is in some key hands right now, so we’ll see what happens. Regardless; the journey is on-going, and I look forward to seeing Questioning on the screen.

Before starting with a script, I am sure you have visualized the story in your mind. After finishing the writing, what final changes did you notice?

Questioning was actually a working title. It felt a little on the nose, and a direct reference to the orientation question. However, as the script evolved; I felt like the questions got much bigger, and the specific answers mattered less. Life is a journey, and I did my best to embrace that. I think we all go through life questioning everything, wondering if our choices will hurt us or benefit us, hoping that we are making the best choice possible. It was in pondering these larger existential dilemmas that I decided the title may have been perfect all along.

I’d love to know if you have any favourite movies? What is it?

Haha, you have to be carefully asking questions like this. My answer could become impossibly long. I’ll try and keep it short though. I have to mention the wonderful Lord of the Rings trilogy, I’ll always have a place in my heart for those. (And a tattoo on my left bicep)  I think The Shawshank Redemption, Fight Club, and The Matrix (1999) are darn near perfect. Pan’s Labyrinth is spectacular; the juxtaposition of the beautiful fairy tale with the incredible nightmarish darkness of the real world. James Cameron’s entire filmography is worth a closer look, but Terminator 2 and Aliens in particular. I still think The Dark Knight is the best superhero film ever made. (And I love Marvel!) Hmm, though I do still have a soft spot for The Crow (1994).

Lastly, Joshua, what are your next plans?

With any luck; we’ll see Questioning in preproduction soon. However; the writer’s job never ends. I just finished Redemption (script) which is appearing in film festivals now. I’m working on a horror script, currently titled Inferno. Also; I just had another idea for a new project (currently untitled) about what those popular ancestry / genetic testing labs are really doing.