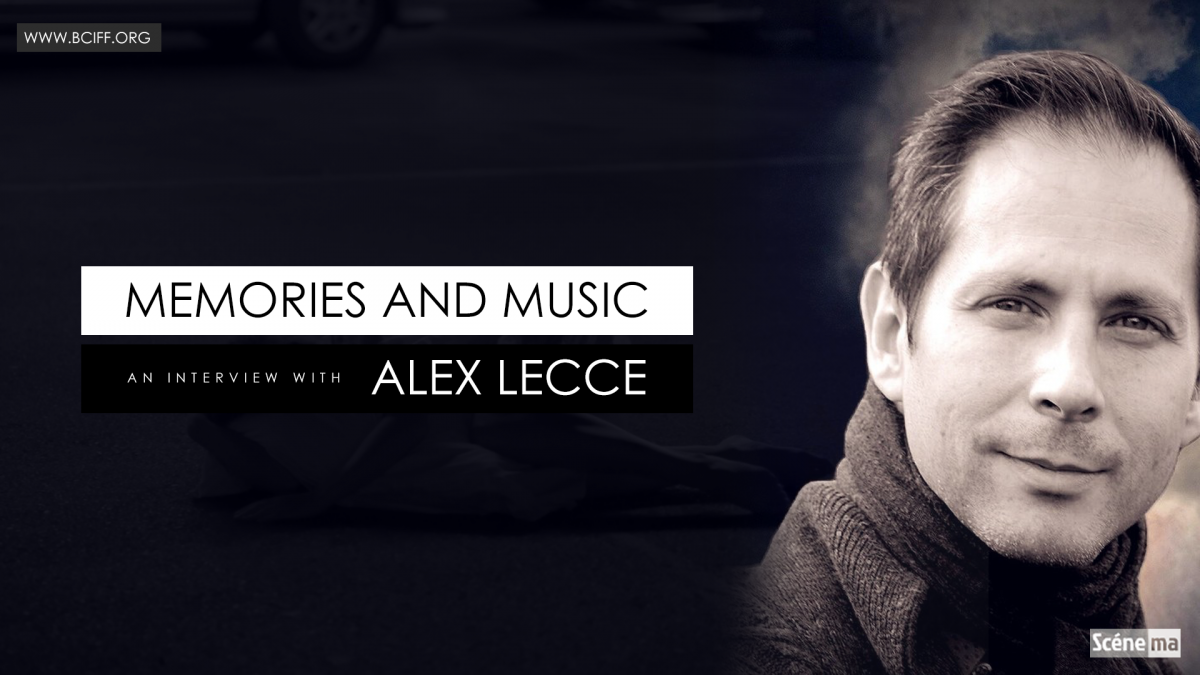 Alex Lecce is an Italian music composer contributing numerous original music pieces to various films. The music that he concocts has layers and stories behind it. Every music is an absolute fragment of the bigger picture. It would not be a mistake if the audience assumes him to be a true worshipper of art knowing about the place, he was born in. A person who found himself in Milan and went to “Civica Scuola di Musica” to learn Composition is definitely nothing less than extraordinary. He designs music predominantly for films and certain pieces are exclusively used in some movies. Let’s talk and know about his inspiration, goals and motivation behind his art.

1. Hi Alex! First of all, we want to know what inspired you to become a musician?

Alex : Nothing! I was born a composer and this is my nature, it is something I’ve had inside since birth and therefore it could be said that it was precisely this that “pushed” me to become a musician. My innate passion for composition is part of my DNA and since childhood the keyboard of a piano has been like a magnet for me. However, there were two experiences that more than others have evoked in me the enthusiasm for this art. I have always loved cinema and movies and as a child I saw “Star Wars” together with my grandmother, and my mother took me to see “Superman” as a birthday present, and so I met the music of the great Maestro John Williams, so that was the beginning of my vocation for film music!

2. Was your family supportive of your choices? Tell us a bit about who you are as a person, as a part of your family.

Alex : I’m lucky because my mother is a painter, a true artist able to understand and support me, but in the past we lived only thanks to her art and, despite her efforts, it was not possible for her to materially support my studies. So, initially, I lived between Milan (with my maternal grandmother, who always sang Neapolitan songs at home with her splendid voice), and Southern Italy, in Bari, where my mother had moved and where I lived the experience of improvising on the piano in some clubs thanks to some connections my stepfather had. At the age of 13 I moved permanently to my grandmother’s in Milan, my hometown, and for many years I saw and heard my mother very rarely and always briefly. An event that had a decisive influence on my musical career was the purchase of a piano by my grandmother. One day as a child I banged my fist on the table and exclaimed: “Grandma! I want to study piano! ” and, like in a fairy tale, I received one of the most beautiful and precious gifts of my life, and that cost my grandmother many sacrifices. My grandmother raised me and continued to support my music studies until I grew up. I can’t say anything else about me as part of my family, but I can definitely say that I’m infinitely grateful for everything my grandmother and mother have done for me. If I am what I am now, I owe it especially to them! 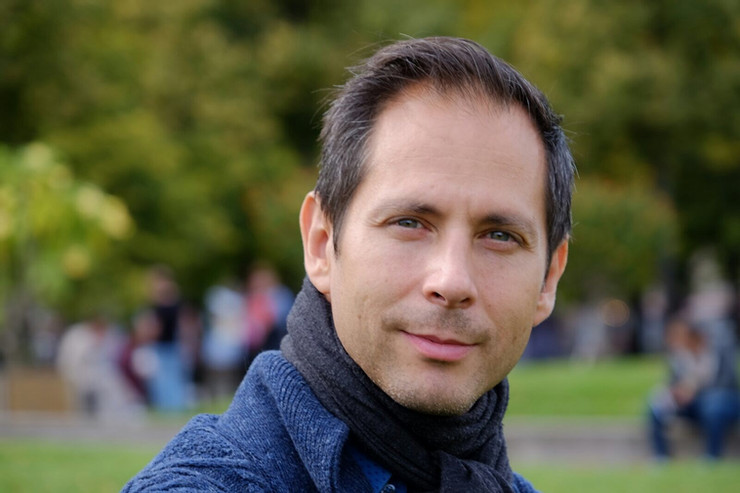 3. Let us quickly visit where your journey began from? Would you like to share some of your experience at “Civica Scuola di Musica”? Do you still conceive it to be helpful or you work on your own method and style without conforming to the institutionalised idea that you had been taught there?

Alex: I could say that my journey started as a child at the cinema, listening to the film music that I fell in love with. After a few years, my grandmother in Milan sent me to a middle school which had a special focus on music and then in Bari I continued to study at the Nicolò Piccinni Conservatory. Later, when I returned to Milan, I enrolled in a municipal school for free time, where my teachers noticed my talent. They started calling me “erratic genius” and encouraged me to seriously study composition at the Civic School of Music. Those were dark and lonely years, mostly spent in a beautiful historic villa far from home, but I had the great fortune to meet the great Maestro Massimiliano Carraro, who encouraged me a lot and followed me patiently. It was almost traumatic to discover that studying 10 years of composition meant having to learn an infinity of rigid mathematical (but magical) rules, and that was completely different from what I had imagined. Later my dear teacher became director of the same school and so I lost him as a teacher. Even if those experiences were undoubtedly useful and formative for me, I rarely use what I have learned and I rely especially on my ear and instinct, so I go on my way even if generally all those teachings are still fundamental, useful and precious. But I was, I am, and will always remain an “erratic genius”, because my soul carries me away on another plane where I feel something of my own very strongly.

4. What kind of music do you listen to? And what do you like to listen to? Who are your favourite musicians of all time?

Alex : I listen to several genres of music: for example, I have recently focused on Jacob Collier, but I mainly listen to classical / symphonic and film music. There are really many composers that I like and among these, in addition to John Williams, I could for example also mention Ennio Morricone, and for classical music Ottorino Respighi, but most of all Beethoven, with whom I feel a particular connection. 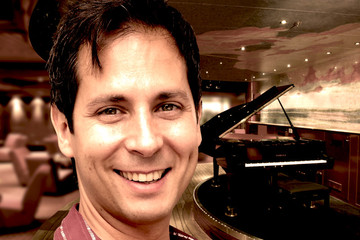 5. Have you ever come across any comparison between your work and that of any of your favourite composers?

Alex : I’ve been told all sort of things! For example, recently an Italian director who loves Audio machine wrote to me that I remind her of them, but no one has ever told me, for example, that I remind them of Beethoven, Ottorino Respighi or John Williams.

6. Your film Zeitgeist Maschine revolves around the concept of “time” which I bet you know is rather an impossible task to show within a span of 3minutes 44seconds. It is not simple to compress an “era” and showcase it in a film as the title (Zeitgeist) suggests. Then what led you to choose a vast field like this?

Alex : Currently we are all living a very difficult collective experience and, in addition to this, as we all know, the planet is seriously ill. We don’t have much time and saving the earth, saving ourselves as humanity, is and will be an almost impossible undertaking. With “Zeitgeist Maschine” I wanted, through music and images, to echo this reality in which we are now forced to do everything in a state of urgency. 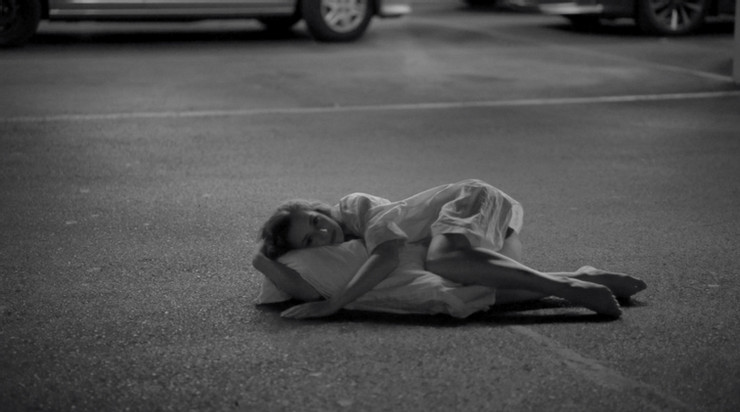 7. Does the addition of the colour to the film symbolise the transformation of a Zeitgeist?

Alex : Certainly. The last black and white image preceding the color ones is an image of destruction. The color images symbolize a radical transformation and a new model of life, but the final abstract images are directed to the unconscious and, in order to communicate effectively with it, I prefer not to describe their meaning. 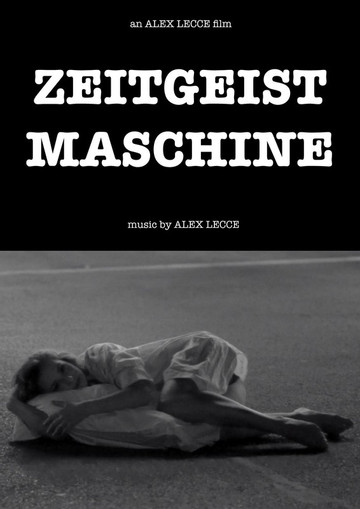 8. Are you anyhow aware of the book with almost a similar title by Damien Broderick?

Alex : I don’t know this author and I didn’t know there was a book with a similar title, even if this does not surprise me. In my entrance hangs a picture depicting pocket watches and the title is “Zeitgeist Maschine”. A few years ago a friend of mine and I wanted to put on a magician show called “Zeitgeist Maschine”, using my compositions for the soundtrack, but in the end we couldn’t carry out this project. But the idea of my “Zeitgeist Maschine” started right from that painting, from a memory of a dream not yet come true…

9. What are the works that you’re most proud of? Any fond memories of working with
renowned directors?

Alex : So far I can’t really say there is a single one of my pieces I’m truly proud of, but every time I work on a new composition, I feel a lot of enthusiasm and the important thing for me is not finishing a work of which I can be proud of one once it is finished, but the very act of composing. It is what I feel while I am experiencing this process of inner transformation that is really close to my heart. I have no significant memories of collaborations with renowned directors, but for example it was a great pleasure to offer a musical contribution to the film “What we do in the shadows” by director Taika Waititi, which was presented at the Sundance Film Festival.

10. Which pieces of do you think our readers must listen to, else their life would not be so complete?

Alex : Now allow me to have a little fun… What a question! All of course! All my pieces! Otherwise, I think that Beethoven’s 9th Symphony could also be OK as an alternative. : )

11. Ha Ha! Last question for you today! What are you working on right now? Give our readers a sneak-peek.

Alex: I am currently working on a composition which I have titled “Cassiel” and which describes his intercession as an angel towards us human beings in need of help. For years one of my favorite films has been “Der Himmel über Berlin” (“Wings of Desire”) by Wim Wenders, and I actually live in Berlin. Also, the figure of the two angels Damiel and Cassiel inspired me a lot, so I decided to compose this song, but the fate of this new work is still uncertain. Could it be a composition from my first official CD? In any case, I think we really need an angel now!