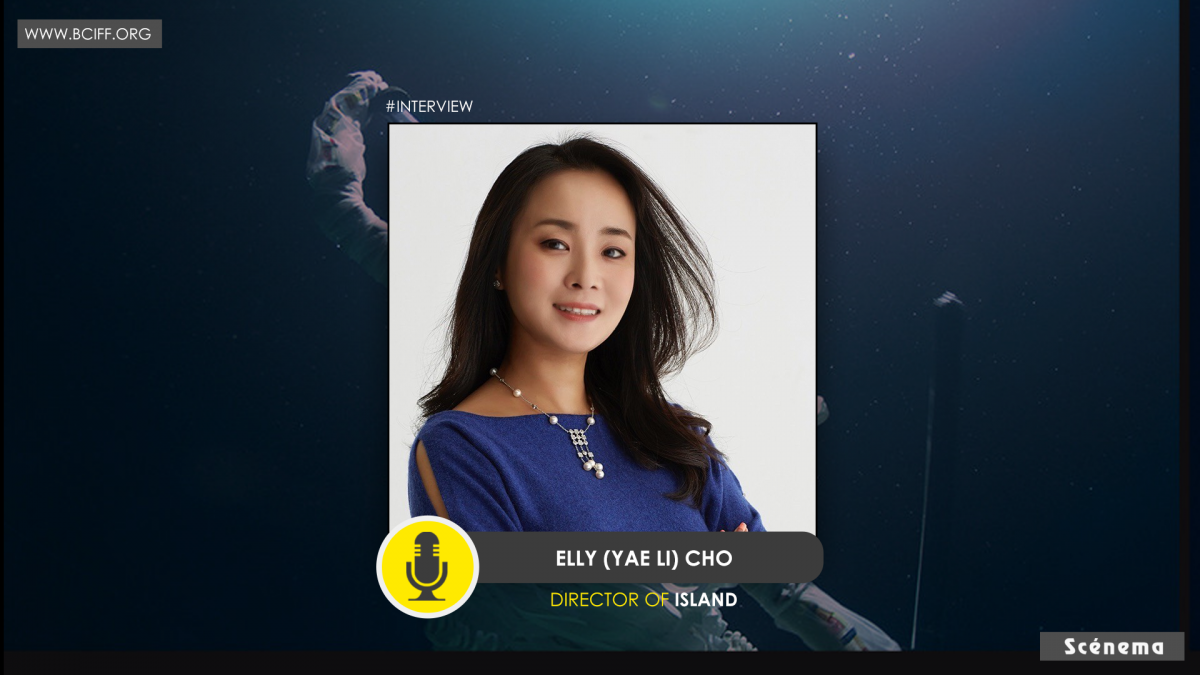 Hello Elly, welcome to Scénema! Island is so calming and pleasing to the senses. How did you end up planning everything?

I had an urge to make a dance piece that is so unreal in a sense that I had been experiencing a repeated life cycle in three Islands-London, Manhattan, and Jeju Island. I use dance as a means of communication and hope, bringing out repressed and unconscious inner conflicts caused by life events. I think the pandemic forced me to plan the piece and made it into an actual artwork. Under the pandemic I felt the urge to create a piece that relates to the repeated daily life cycle but at the same time, Island as a cross concept of reality and fantasy/paradise.

Set between the islands in three different countries, I compose the story of my journey to rediscover who I really am. In this deep and affecting journey of self-discovery, touching on issues of loneliness, isolation, and the perseverance of the human spirit.

Island can be referred to as a place of life and a journey, in which I have paradoxical feelings between relief and discomfort from being trapped between fantasy and reality in life. The dancer in this video looks for something constantly as if she will never find that tangible hope empowered by nature.

Island is a performance borne out of silence. How would you define silence?

Silence is a natural language in a film for me. I feel it makes it easier to compose a story using only movement of actors, nature, and a sense of a place which usually is composed of landscapes. I sometimes use words in my work but those are usually about history or current affairs that creates a discourse. Silence for me is like a brush. A brush that I paint a painting with. It speaks its own language in my film. Music and sound is important in my two films The Eclipse: Recognized by the Sound and Island  because it helps the viewer to communicate with my work. While I plan to make films with musicians in future, I feel the silence will be there in a stylistic form as a language.

What makes the silence so captivating? What is your view?

As I mentioned above, silence is a tool for me to communicate with the viewer. It leads me to start and end the piece in a way. Since I am trained as a painter I like to be in silence when I am working-painting. I think it relates to the process of repeated action which is thinking, mixing paints, rethinking. When I compose a story for a film, I actually do a similar process as when I am painting. I think this is why I don’t work with words in a lot of the pieces in my film and video. Silence is captivating because it leads me in a natural way to work on a piece.

How do nature and history influence your creativity?

Nature is the core subject of all my work and history is part of nature that communicates with each other, I would say.  My personal history is often used in my work in order to form a story of the piece. And that’s where nature comes into play as a main ingredient stirring all the meaningful essence in a bowl and then the landscapes of places become an iconic ingredient, almost like a main figure in my work because it connects to my personal history. Memories of places then become the sauce to the specific places and I use movement of actors to depict the sense of that space with feelings. Feelings become an important thing to make the choreographic movement because feelings are attached to the place and memories.

The colour palette and treatment of the film remind me of “The White Book” by Han Kang. The entire image is so pristine and pure. This is where probably the power of image lies.

What qualities do you think a piece of art should have to be remembered forever?

An artwork remembered as a heartfelt piece for someone can be personal. I will always remember Jan van Eyck’s Arnolfini Portrait (1434) because of his masterful details of subjects and the visual effects but also I was into doing research on the use of symbolism and the compositions of paintings.  So It connected to a situation I was in at the time. Other paintings Such as Monet’s water lilies series are one of my favourite paintings because I love the way he draws the water lilies. It reminds me of a dancer on a pond. But then again, I was into Argentine Tango at the time.

As a visual director, which things grab your attention first?

If you mean grab my attention as a subject, it comes from my experience of a particular thing or a person. Then it develops into a subject matter for an artwork. If you mean what grabs my attention for the location, it is a place of a memory from my life. If it is an actor I think it’s simply a feeling I get during the audition or from an actor’s film or a show.

As a director, what are your main aims? Which artists have impacted you? It would be great if you suggest a few names to our readers.

Painters such as Marc Chagall, Francis Bacon, and Mark Rothko. Video artists such as Nam June Paik. Philosopher such as Immanuel Kant and Gille Deleuze

Film directors such as Peter Greenway for his Provocative anestetica and Ewan McGregor as an actor. I was really inspired by the film The Pillow Book.  It’s one of the most powerful films by Peter Greenway about desire, pleasure and love. I also like Baz Luhrmann, Jean-Luc Godard and Tim Burton.

How do you spend your free time?

I go to the gym a lot! It’s one of my routines of the day. I generally like exercising, walking in the park and doing sports of all kinds. Now that I am a bit busy I usually just go to the gym but I would like to do a lot more sports in future. I might also do some dancing when I finish my solo show in September.

How do you feel independent movies can be encouraged?

I think getting support for resources and fundings, would definitely help artists to make more films and would encourage independent movies to grow in their industries. 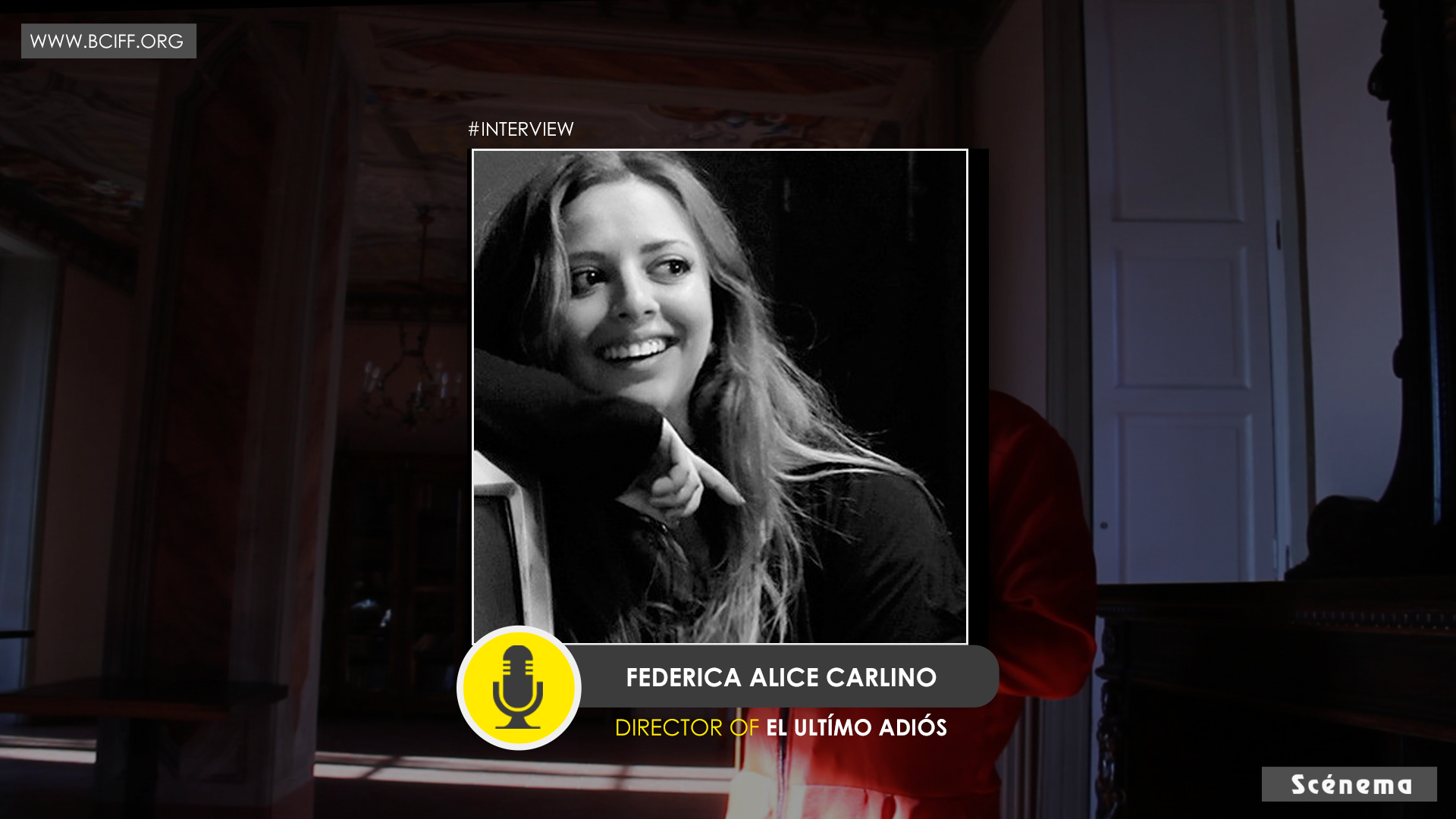