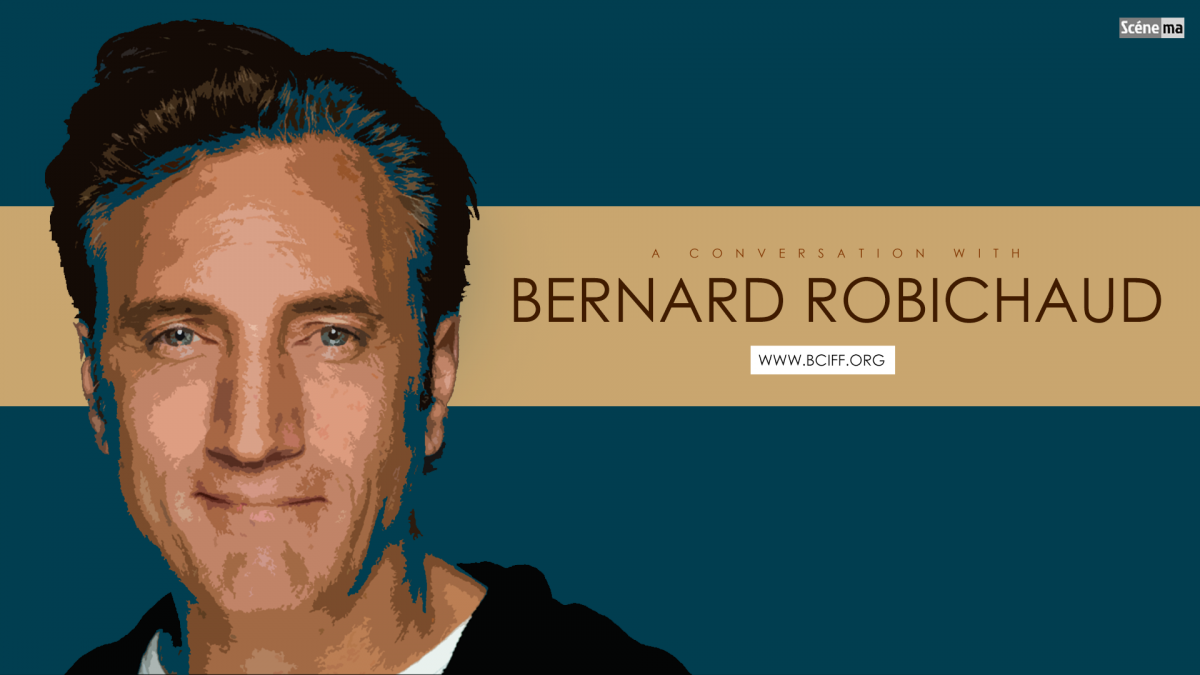 Bernard Robichaud is an American-Canadian actor, writer who is widely known for his character ‘Cyrus’ in Trailer Park Boys. Mr. Robichaud was born in Boston, Massachusetts in 1960. He has been in many films like Blue Seduction, Beefcake, Cuckoo Cafe, Reaper, Vendetta No Mercy etc. He is actively known for his crafts to his fans as Mr. Bernard Robichaud doesn’t fear to confront his dislike in front of the things he dislikes.

Today, we have with us one of the classic actors who has witnessed the summer of ’69 and the retro of 80s with a dream to grab the love of his audience, which he has successfully acquired. Mr. Bernard Robichaud. It’s been an honour Sir to have you here with us today. With your permission, let’s get started with the interview! 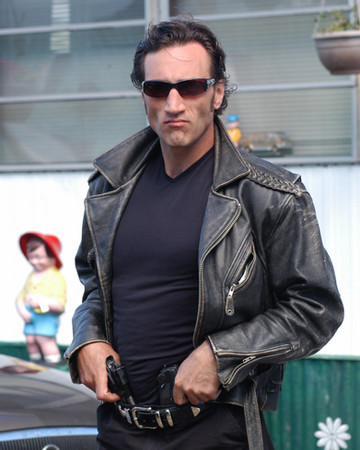 BCIFF: Television has mostly seen you as the strong antagonist who portraits in different layers of comedy or action at times. What is your personal take on these antagonist characters that you have been playing? Wouldn’t you agree that an antagonist has more to offer than any other characters in a film?

BERNARD: I think I’ve always thought I could deliver a wide range of characters but that’s not how many have cast me and I guess that’s just part and parcel of the business, you don’t always get what you want in life either, nor is it fair, but to be part of the business or to be chosen continuously to portray any character in the business is reward enough, for me anyway, and I think the parts I’ve been chosen for have worked and therefore difficult to challenge the reason why. As far as playing the antagonist, it’s always been a lot of fun, and I’ve been given a lot of leeway with my choices in front of the camera, I don’t know that the antagonist has more to offer, I believe all the characters in a particular piece to be important otherwise they wouldn’t be there, I just think the antagonist gives the story the push in the push and pull.

BCIFF: In Trailer Park Boys, it always seemed like ‘Cyrus’ is irreplaceable in the series, so are you as the character itself. What was your motivation in doing the character? Cyrus, without an ounce of doubt, being one of the most loved characters in the show.

BERNARD: Well, lol I’m not sure he’s one of the most loved, loved to hate maybe, but motivation, I was happy to do it, there needs not be motivation to do anything in a medium you love, and I grew up in a similar lifestyle and it was easy to apply past experiences to bring Cyrus to life. 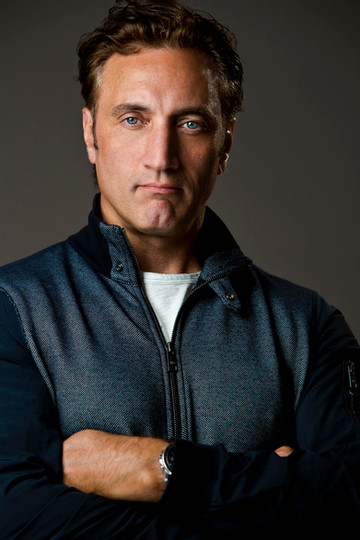 BCIFF: Do you feel pressure from the expectations of the audience? Like, you create your ideology behind a character, the people love that and they often follow the basic structures of the character, they often copy some of their styles and if something goes wrong in the next episode, in most of the cases the character only faces the downfall. Does this add extra pressure as Cyrus became one of the very admirable characters of the show?

BERNARD: No, I don’t feel any pressure, I’m creating based on what is written for me, and what concerns me within the structure of the script or the series, anyone that has copied my character needs to realize it was just a character, albeit there is always the personal attachments of my life experiences needed to complete the character, but aside from Cyrus lines which have been used over and over again by many, I would hope that the audience appreciate the humour or identify with the overall message within the structure of the episode.

BCIFF: Your other movie roles like in Blue Seduction, Beefcake, Cuckoo Cafe, Reaper, Vendetta No Mercy…did any one particular movie help you grow as an actor?

BERNARD: Every character I’ve ever played has helped me grow in someway as an actor and as a man. I couldn’t say that one stood out from another in that regard.

BCIFF: You’re 60 yet you maintained yourself brilliantly in these years. What inspires you to stay in this world full of glamour? Is it only a routine or do you cultivate some emotions from within to keep the hunger alive?

BERNARD: Thank you! That’s very kind to say. I jump at every opportunity in life to better myself as a person, and acting has always allowed me the possibility of growth as an individual by interacting, reacting, creating, and giving me the ability to express myself through another character I might not be able to as myself in normal situations, and that has helped me discover the real me, and keep the hunger alive.

BCIFF: You have played Cyrus for so long that sometimes it might have occurred to you when you look at yourself in the mirror at your home…you see the character, not you?

BERNARD: In every character there’s a little of me, but when I start seeing the character in the miror it’s time to seek professional help, lol.

BCIFF: It is a tough road to travel yet you have achieved something unachievable…which is…the love of the audience. How do you see it?

BERNARD: Humbled that many feels that way and grateful they continue to support me, I don’t see it as doing anything special, I just created what was asked, so I find it all very hard to express, I’m just blessed and thankful.

BCIFF: You shared a screen with Billy Zane in Blue Seduction. Would you care to share some of your experience working with someone who has portrayed one of the brilliant acts of antagonists in giant productions like ‘Titanic’? I’m sure there was a discussion between you two about the dos and don’ts of an antagonist…!

BERNARD: LOL no there wasn’t really, Billy and I kept it real, and just about life, nothing about the screen, the biz, craft, dos or don’ts. He was very giving as an actor, and knew what he needed for his character and as a supporting role I delivered what he needed.

BCIFF: How did you personally feel when the Trailer Park Boys was in the list of Netflix? Did it help the show grow?

BERNARD: I didn’t feel one way or the other, I think it was a smart decision for the franchise, it has definitely grown and has certainly put us all on the radar just in varying degrees.

BCIFF: Do you wish to direct any of your scripts someday?

BERNARD: That would be fantastic! Given the opportunity, it doesn’t have to be my own either. 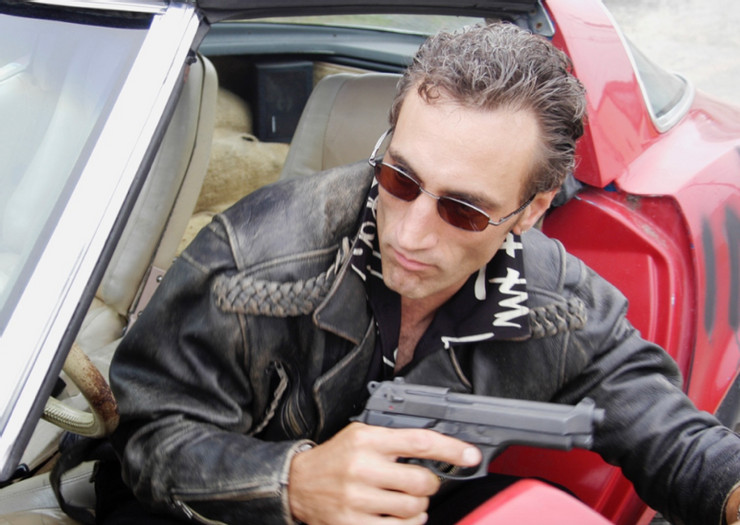 BERNARD: I was recognized, sometimes as the actor portraying the character, many times as the character, like I said it put us on the radar to propel our careers, and I lost my anonymity and I became aware that I needed to be careful how I reacted in public, and how I worded what came out of my mouth, not just for me but for the franchise and any potential jobs I may be looked at in the future.

BCIFF: Do you ever regret being neglected by bigger production houses in spite of being quite successful in the roles you have played throughout your career until now? 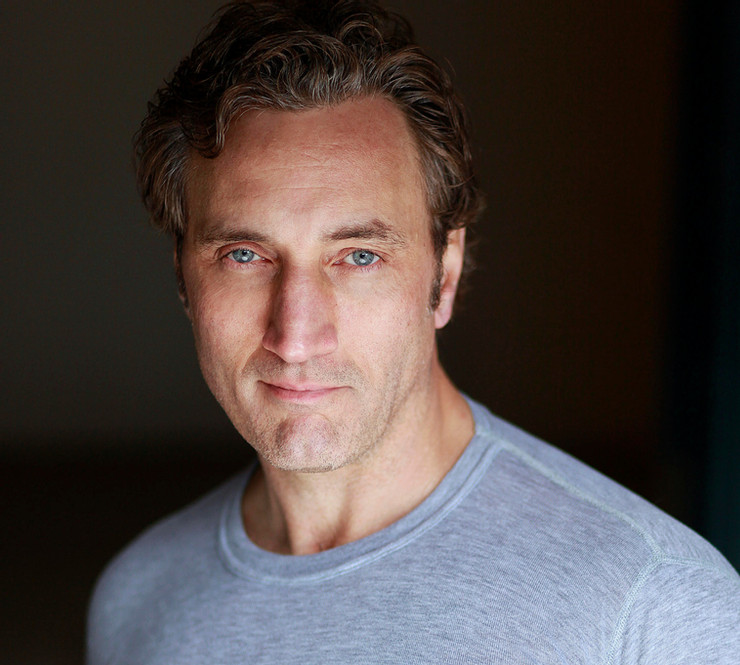 BERNARD: LOL it’s never too late, but I’ve always been grateful for the work, being hired, and being thought of, or asked to audition with other great actors in the room with me, that has always meant more to me than the money or fame that might come from the bigger production houses, so maybe someday.

BCIFF: What is your message for the amateurs who are taking acting as an occupation?

BERNARD: Don’t take the ‘No’s’ lying down, there’s going to be a lot of them, stay the course, keep working, don’t give up!

BCIFF: A message to all the Cyrus fans?

BERNARD: Thank you for years of support, I’m humbled and grateful, now fuckoff I got work to do!