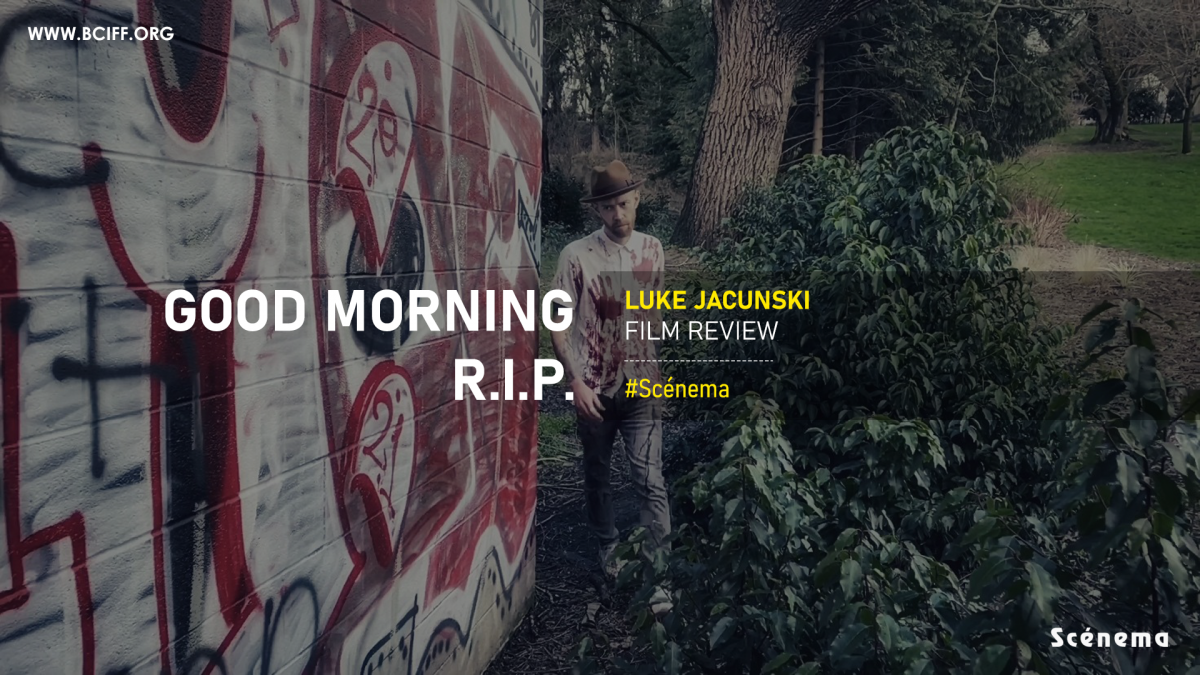 The way we proceed fighting our fears, we do so by fighting the demons sometimes hidden in ourselves.

The title of the series is quite fascinating. The strange juxtaposition of Good morning against rest in peace suggests an unlikely partnership between life and death. Good morning is something we usually say when we greet someone in the morning ( morning suggests brightness and life) while rest in peace is usually uttered in reverence to the dead. Perhaps the director indicates the role that shall be played by the couple of factors in the life of the protagonist.

The story is about Sky. A name perhaps suggesting the limitless, the boundless , the all encompassing aspects of life. We travel through the labyrinthine cesspool within the psyche of Sky. There are a plethora of occurrences in the movie. These occurrences gyrate around the harrowing experiences of Sky. It wouldn’t be a mistake to call the movie a nightmarish journey through the unconscious alleys of human desire. The effect as expected is visceral. They induce fear in the mind of the viewer making him feel rather uncomfortable.

There is a constant tussle between reality and Sky’s horrific imaginations. There are a number of imagined realities confronted by Sky. He dies a number of deaths in turn destroying  fears that have plagued him his entire life. With the help of his therapist , he gets past the impediments which assumed the role of his nemesis. We witness the perplexing journey of a perplexed individual annihilating fears through countless deaths.

He appears to be suffering from within. There are phantoms in his head who overpower him. They make him weak, fragile and vulnerable. Further they also make him dangerous and unpredictable. We realise that if he is not assisted in the battles within his psyche, it would result in an abysmal plummet. There shall remain very little to be redeemed from him.  Sky after all is not as bright any more. It is now surrounded by an all devouring darkness ready to destroy anything that comes his way. Sky must fight his inner demons, fears that have tormented him for a very long time.

There are various elements of order and chaos present in the narrative. The scenes are well constructed. The background score maintains a certain sense of uniformity in the course of the narrative. The intensity is maintained throughout the movie.

The story is baffling and unsettling. Yet there is a suggestion of Sky walking through the thorn filled road of purgatotio. The performance of the protagonist is worth a mention. We sink and swim with his moods. He displays a plethora of moods in the movie. He is confused, dejected, angry and in places enervated.

The final scene offers a cathartic experience to the audience. However, we are also left with a number of unanswered questions. We never get concrete answers about Sky. We don’t know if he is a victor or a victim, an innocent sufferer or a dexterous manipulator. Perhaps like the title , he is an agent of chaos in desperate need of order.