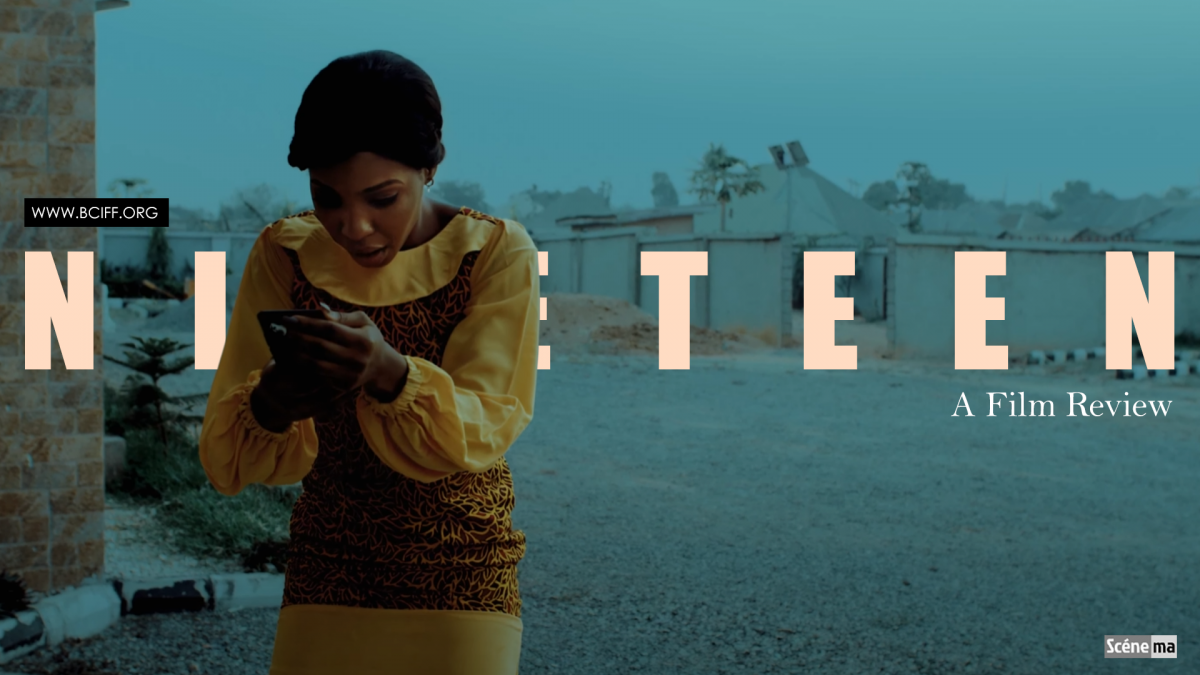 ” ‘Fear,’ the doctor said, “is the relinquishment of logic, the willing relinquishing of reasonable patterns. We yield to it or we fight it, but we cannot meet it halfway.”

In a world dominated by postmodern erasures, the word fear turns into an almost ridiculously obscure expression. Far from being definitive, it creates a conduit for profound philosophical discussions and often intellectual ramblings. Therefore (in order to write something about fear) one inevitably reaches a predicament. To complicate or to oversimplify. There are numerous binaries if must investigate the nature of horror in a movie. If there’s a ‘Rosemary’s Baby’ , there’s also ‘The Seventh Continent’. There is no end to the debates surrounding the true definition of horror as a genre.

‘Nineteen’ directed by Tyna Enzenma more or less follows a linear trajectory in terms of the development of the narrative. Three friends visit a hotel believed to be haunted by the people living around it. The desire is particularly triggered by Kelly’s (one of the three friends) assignment of writing an article about the hotel and the stories about the place. In due course of time they unravel the secret behind the mysterious disappearance of a lady named Jennifer. The movie employs the classic horror trope of the unresolved mystery left hanging in the vengeful pangs of the past. The background music adds to the tension in a number of sequences in the movie.

However the music also feels slightly overdone where one is almost compelled to believe that he is watching a horror movie. A number of sequences including the demeanour of one of the antagonists (provided he believes there is more than one) in the movie would remind the avid cinephile of Alfred Hitchcock’s ‘Psycho’. No wonder the shadow of the great Alfred Hitchcock refuses to abandon the realm of cinema transgressing genres. The setting has little to contribute to the narrative barring a solitary instance.

Unlike the Overlook Hotel, it is merely the human presence that causes all the chaos in ‘Nineteen’. The movie investigates the real nature of man, the reality around him and the reality because of him. Reality that has been yet again best described by Shirley Jackson in “The Haunting of Hill House”: ” No live organism can continue for long to exist sanely under conditions of absolute reality; even larks and katydids are supposed, by some, to dream…”

The rescue act towards the end of the movie is more of a facade exposing the real nature of man, the devil within him. A short detour into an incident that occurred in the past between Logan and Thomas creates a new labyrinth leading to an abyss of despair for the innocent souls just ‘rescued’. The climax is beautifully shot with juxtaposing sequences between the past and the present.

The movie is also an ode to the isolated psyche of the woman, the indifference around her that eventually pushes her to a corner full of hardships, erasing her presence and her chances of attaining perpetual glee.

Even when a woman is in a group, she is doomed to suffer alone. In marriage, in adultery, even in investigations – the fall is one sided. The name ‘Nineteen’ is particularly interesting. It is not merely a room number but something more potently confining in nature. It is like the chamber of pain, a postmodern hell for Kelly , for Jennifer, for women in general.

Kelly’s penchant for a story and her subsequent tribulations can be read as the roadblocks that impeded the curious mind causing problems for people who prefer sleeping over issues, burying secrets in the open relentlessly within the sleeping conscience of walking corpses better known as human beings.

The acting performances must be praised, specifically the person who played the role of Thomas. The way he portrayed a plethora of emotions, his nervous cackles , his idiosyncratic way of remembering incidents, his nervous breakdowns. There is but one important question : can the characters replace each other in the story? Strangely the answer is a resounding yes. The angst as Sartre believed is universal. The apparently conscientious/ self-righteous antagonist resembles the antagonist from ‘Anjaam Pathiraa’.

The nuances of the antagonist would remind everyone of Norman Bates (Sir Anthony Perkins). Despair resides everywhere, the world is a breathing graveyard and as Sartre wrote : “Hell is other people”.