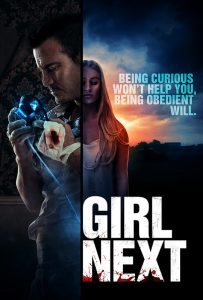 ” But who can remember pain, once it’s over? All that remains of it is a shadow, not in the mind even, in the flesh. Pain marks you, but too deep to see. Out of sight, out of mind.”

The title ‘Girl Next‘ serves as an indicator of reduction. The reduction of human beings into objects of desire to satisfy the raw greed of powerful individuals. The sole objective being to transform life and existence into commodities of consumption. The world shown to us by Larry Carrell is a world where production is of utmost importance and to look for uninhibited glee, an offence punishable by forgetfulness – at junctures which is greater than death.

The setting is one full of terror when we encounter certain visuals of clinical professionals with little to no knowledge of their devious activities. We are reminded of the phrase ‘ the banality of evil‘  by Hannah Arendt from “Eichmann in Jerusalem“. The interplay of sound and silence offers us a grim perspective on life. The ominous sound or the lack of it takes us closer to the domain of death, the ultimate negative, an eternity of nothingness.

It is the story of a girl who is captured by a group of powerful individuals who desire to transform her into a sex doll with the use of rare drugs. ‘Girl Next‘ is a story of survival, grit and determination. It is a struggle between remembrance  and forgetting, a struggle between existence and total annihilation. Throughout the movie there are several Inters between characters exposing the dark and labyrinthine nature of the domain of traders craving for bodies without consciousness. It is a meditation on the nature of choices. One would notice hypocrisy and blindness in one scene while courage and helplessness would dominate another. It also questions the part remaining in a person once she is through the innermost abysses of violence, brutality and cold indifference. 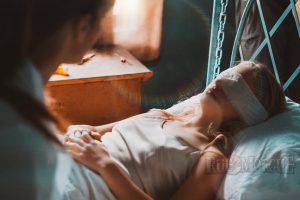 The performances were exquisite keeping in mind the general mood of terror in the film. The audience seemingly meandered around with the protagonist almost finding themselves cluelessly indifferent by the end of the film. The song and the gait of the protagonist would remind one of the last scene in the second season of Westworld when Dolores walks slowly around an empty world full of death with Radiohead playing in the background. The survivor appears without any amount of mirth , almost in despair for there is no purpose ahead of her.

‘Girl Next‘ would remind one of multiple tales of oppression, of posthumanist tendencies and a new world order of sorts. It is also a tale of survival. A girl who dares to defy and later to dream!