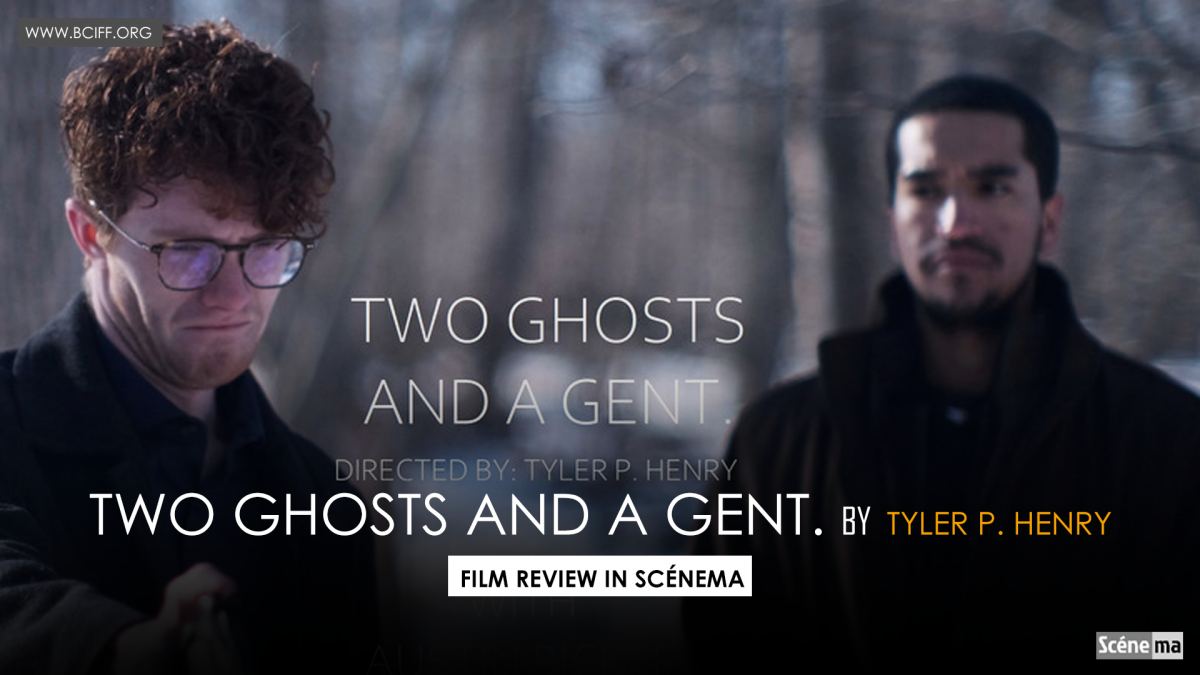 Movie: Two Ghosts and a Gent

And all our yesterdays have lighted fools. The way to dusty death…”  – Macbeth, William Shakespeare

The organisation of death has nothing of life to offer, nothing in there is about light!

The title of the movie is intriguing. It is suggestive, sarcastic and proleptic to an extent. It suggests the presence of three characters out of which two are presumably ghosts and the other is referred to as the ‘gent’. The initial confusion arises due to the usage of the word ghosts. The intrigued viewer might ask a number of questions seeing the word ghosts in the title. Who are these ghosts? Why are they called ghosts if they have the appearance of human beings? These questions are dexterously answered by the director through his narration of an apparently simple yet brutal confrontation between three members belonging to an organisation of killers. One of whom was caught (Aleksander) and therefore believed to have leaked information about the organisation to the police. The other is a neophyte (Bufford) in the organisation who was evidently learning about the operations from Aleksander. Aleksander was Bufford’s mentor of sorts. The third person involved in the confrontation is Jim or James (the gent), he is the most professional hitman in appearance. He is stoic and prefers to call a spade a spade. He might appear cold but his fastidious nature reflects his devotion towards the organisation.

The setting adds to the intensity of the narrative as it dexterously displays the isolation of Aleksander. The cold and desolate setting suggests that Aleksander is a dead man walking. He would neither be accepted in the normal world for his past nor would he be accepted in the organisation again as he is considered a snitch who must be immediately killed according to the rules of the organisation. Aleksander is a prisoner of his own device. The railings appear like prisoner bars behind which Aleksander, Bufford and James are having a fateful conversation.

The story gyrates around the life of three individuals who are knowingly and unknowingly enmeshed in a labyrinth of death. Bufford is sent to kill Aleksander who he treated as a mentor for getting caught, by the organisation both them worked for. Another hitman, James is sent to ensure the completion of the act for various reasons, namely because Bufford is a greenhorn and emotions might be involved in the process.

Ironically Aleksander appears quite relaxed and he suggests Bufford techniques of killing him and dumping his body away. He is constructing the structure of his own death.

The performances in the movie are impeccable. The intensity of the narrative is retained because of the performances. Their anger, confusion, regrets – everything appears realistic and the audience can connect to the angst of Aleksander, the fear of Bufford and fume at the cold hearted professionalism of James.

The background score specifically in the moments of tension strikes the right chord and intensifies the moment of inevitability.

The movie is a tale about a brutal and relentless world from the shackles of which one can never return. In this world today’s victor is tomorrow’s victim. It is the domain where there is no room for regrets or purgation and one must pay with his life if he seeks to find the light again.